The tale of two big birds: The eagles of Lake Marburg v. the vultures of Glen Rock 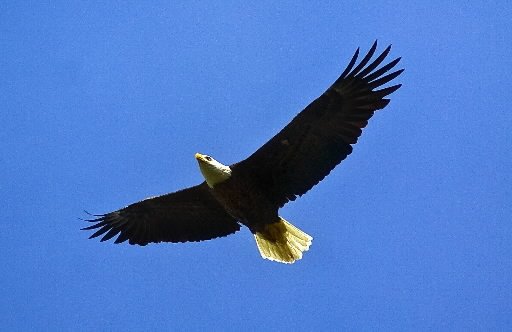 A bald eagle is seen in flight near Lake Marburg in Codorus State Park recently. The pair of eagles nesting there have created a saga. ‘It’s like a soap opera,’ one expert said. ‘Now, I think they are finally on the same page here.’ Big birds of a less desirable sort have also been seen in southern York County – vultures in Glen Rock. (See comparison photos between vultures and eagles below.) Also of interest: Norman Wood Bridge painters stalled: ‘Everybody’s looking for the eagles … nobody has seen any’.

Big birds, forever a visible part of York County’s abundant wildlife, have soared back into the news recently.

Their flight paths have no doubt crossed.

It’s interesting how the beauty of animals – perhaps like that of humans – define their reputations… .

Bald eagles are predators, living off living things. Vultures are scavengers, feeding off of carcasses.

Not kind and gentle feathered things.

People wait for hours to catch a glimpse of eagles at Lake Marburg. They go to great measures to chase off the vultures in Glen Rock.

Well, York County has growing numbers of both.

The tale of the vultures have been well documented on York Town Square.

A more pleasant tale, though part tragic, of the eagles of Codorus State Park, is told, perhaps titled: The Marburg Marriage.

“It is a story that involves a mysterious death, outdoor adventure and romance. All the ingredients for a classic tragedy or the latest Hollywood blockbuster.

“It began last month with the discovery of a dead bald eagle on private property off Hoff Road, near Codorus State Park’s Lake Marburg.” 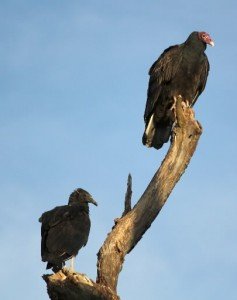 Some vultures have left Glen Rock since residents’ campaign to scare them away. Notice the appearance of these birds and the photograph below of the eagle perched on a stump in the Susquehanna River in 2007: 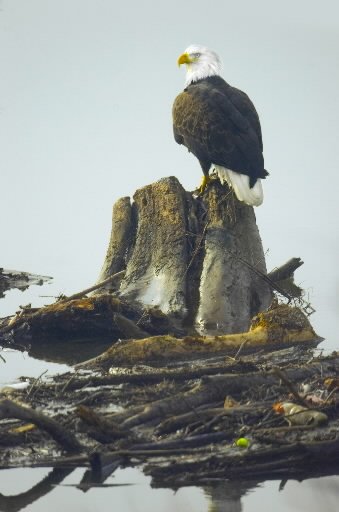