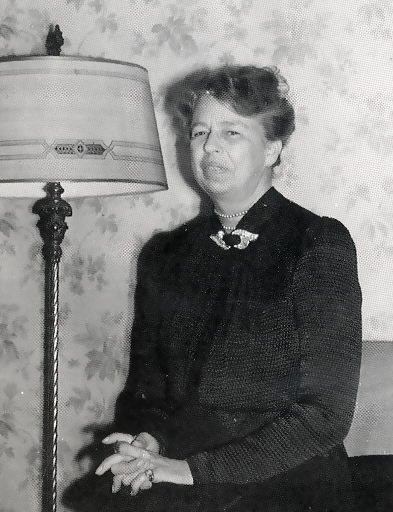 Eleanor Roosevelt is among the First Ladies – or First Ladies to be – who have stayed at the Yorktowne Hotel over the decades. She’s pictured in the venerable hotel in 1942, in the early months of World War II. For more on visits by the wives of U.S. presidents, check out: Several First Ladies have graced The Yorktowne Hotel. Which First Lady did not?

The airing of Ken Burns’ ‘The Roosvelts: An Intimate History’ has raised the family’s high profile even higher.

Which might make you wonder how the family touched York County. The answer  is directly and indirectly.

So here are at least 4 more touches: 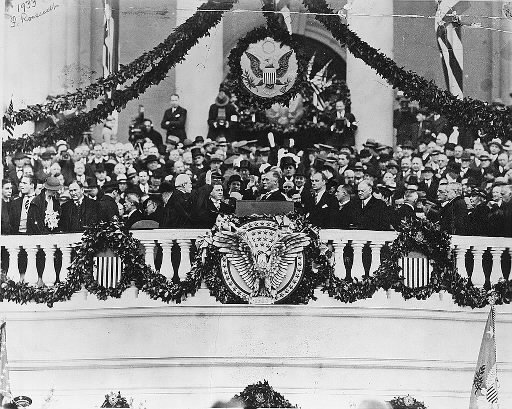 This Library of Commerce photo captures the scene as Franklin D. Roosevelt’s takes the oath of office in 1933. As far as is known, Franklin Roosevelt never stopped in York County, but he passed through. Here’s what we know: In 1934, FDR made rolling visit to York County. 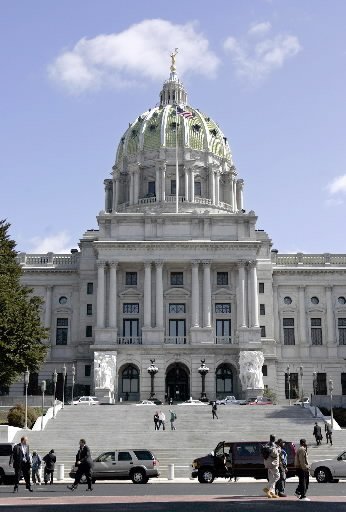 Teddy Roosevelt did stop in York County. In fact he attended the York Fair as part of his visit to Harrisburg to dedicate the state Capitol building, above, in 1906. Here’s an account of that appearance at the fair: Teddy Roosevelt in York: ‘I know York county farmers are prosperous. Their barns are bigger than their houses’.

Roosevelt name most often makes the headlines today when Roosevelt Avenue is in the news. That happened decades ago in this photograph. Gen. Jacob Loucks Devers’ visits his boyhood home on Roosevelt Avenue, as he’s honored for his World War II achievements. Roosevelt Avenue was named after Theodore Roosevelt. The noted restaurant, Roosevelt Tavern, takes its name from this road. For details: About Jacob Devers’ boyhood home in York: ‘It is a shame the home is almost as overlooked … as the general is in the history books’. 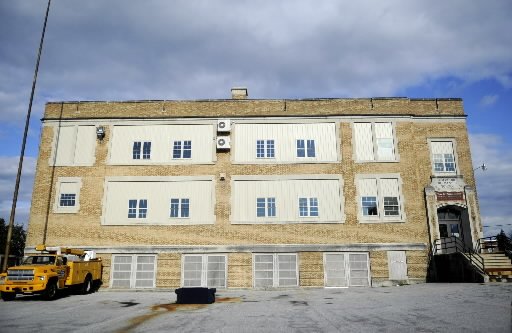 Reworking the working list of presidential visits to York County.