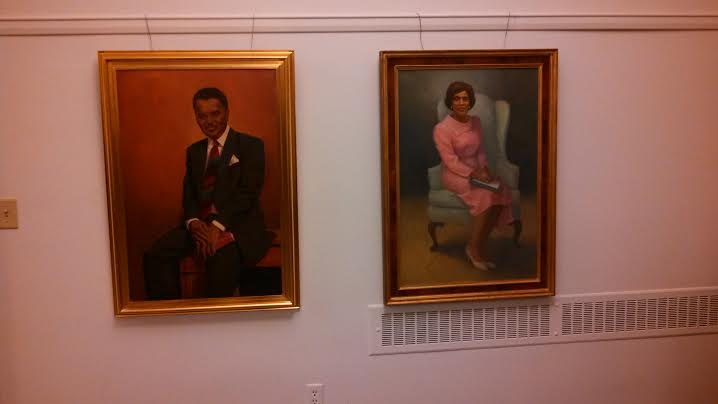 Eulamae and David Orr started with little and ended with lives of achievement – owning a refuse company, a barber shop and a restaurant among other business interests. David Orr also served as a pastor. Background posts: The Cassimatises, The Yeagleys and The Grumbachers.

Many prominent black families today came here in the 1920s from Bamberg, S.C. – the Bambergers.
David and Eulamae Orr are part of that group that includes black families with the names of Green, Nimmons, Jones, Kearse, Saxon and Varnes… .

The Orr family is among 150 individuals and families included in “Heroes and Builders,” part of the three-volume “250th Chronicles.”
Here is a condensed entry from the book, available throughout the York County Library System:

How it began: A native of Bamberg County, S.C., David Orr (1902-1973) got a job on the railroad that eventually landed him in York. With only an eighth-grade education, he worked and saved to become the owner of a successful refuse company here. During one of his trips home to visit the family, he married the beautiful, soft-spoken Eulamae Nimmons (1906-1977). They moved to York in 1928, where they both worked to take care of their growing family.
Accomplishments: Holding several jobs at one time, David saved enough money to purchase three dump trucks in 1933. He used them to haul coal and wood. He also worked for the Depression-era project to widen the Codorus River. This he did while working part time as a janitor at People’s Drug Store, Schmidt and Ault and the York Post Office. The Orrs also owned and operated a restaurant, barber shop and grocery store for many years. In 1950, David purchased the Fisher Refuse Collection Co.

Family memories: Several of David and Eulamae Orr’s 10 children say they were unaware of their poor economic situation in the early days. They saw their father going from one job to another and their mother doing everything from making soap to selling pancake syrup. They always had food on the table and food to share with other, less fortunate families. They simply assumed this was normal. But it was not normal for a man who was descended from slaves with only an eighth grade education to become a successful businessman, ordained minister and civic leader.

From Eulamae Orr: ” ‘Once a task has been begun, Never leave it ’til it’s done, Be it great or be it small, Do it well or not at all.’ It’s always made me take pride in everything that I do. It always will.”