The pipe organ and its tradition in York County: ‘It is a whole orchestra in itself’ 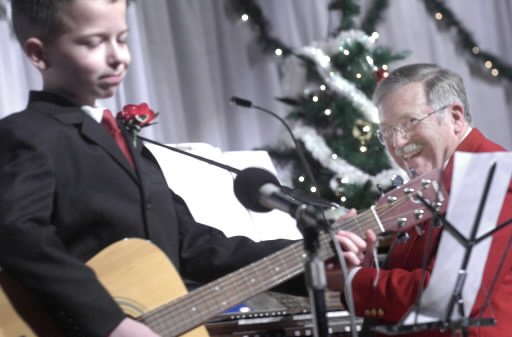 While interest in organ music has waned, Sam Keeney, seen here at a recent concert, has been steadfast in promoting the instrument.

Organs and their magnificent musical sounds have been losing popularity in recent years, although 250 people came out for a recent holiday concert in York County.
And those who know how to play them well are growing scarce, too.
York County has a long association with the instrument.
David Tannenberg’s famous pipe organ, constructed for York’s Christ Lutheran Church in 1804, is the best-known in the county. It also has the distinction as the instrument of choice at the organ-maker’s own funeral… .

Tanneberg died before finishing it, and John Hall, his assistant, put on the finishing touches.
They did their work well. Today, organists regularly play the Tannenberg organ at the York County Heritage Trust.
Despite Tanneberg’s well-known brand, few county churches had organs before the Civil War. Many purchased after the war were of a small portable variety.
Bellows produced wind for the sound of these early church organs. Often, boys manned the bellows. Sometimes, music stopped in the middle of anthems or hymns when boys working the bellows grew tired.
After the turn of the century, some congregations accepted Andrew Carnegie’s offer to purchase pipe organs.
The best-known pipe organ since Tanneberg’s operates at St. Matthew Lutheran in Hanover.
The massive Austin Organ, installed in 1925 and enhanced since, uses about 15,000 pipes.
A program describing the organ said it simply: “It is a whole orchestra in itself.” Call the church for visitor’s information. http://www.stmattlutheran.org.
The loss of interest in organs and their music means the loss of a key part of York County’s musical voice.