The Oaks: ‘I often look up there … and think about how nice it was’ 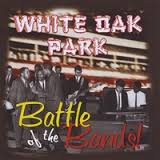 Plans are moving ahead for an October reunion of 1960s bands that played at White Oak Park. Meanwhile, memories of the park continue to flow to York Town Square. Background posts: Stadium will be site of The Oaks music reunion, York-area full of memory-spawning landmarks and White Oak Park welcomed Blaw-Knox workers .

For many years, Jane Heller’s grandfather, Oliver Lease, ran White Oak Park, that nostalgia-inducing recreational center located in the area where the Masonic Lodge now sits, along the Susquehanna Trail, north of York.
Jane shared memories of “The Oaks” via an e-mail conversation: …

– When asked where the main building was located, Heller thought the two-story structure, pictured above, was situated behind the storage unit complex beside the Masonic Lodge. She remembers its many windows and large upper room.
– A small cottage where Jane’s grandparents, Ollie and Ada, lived during the summer months was located on the grounds.
– A merry-go-round operated at the park with “flying horses.” “I remember well as a child riding and learning to jump on and off at slow speeds,” she wrote.
– American Indian group often gave shows. At that time, the themes of the Wild West were popular.
— A horseshot pit was located at the southern end of the park.
— As for the park’s ballfield, Jane could not remember it clearly but conjectured it was near the Emigsville road because that was the only clear place in the park.
— Jane remembers the Blaw-Knox (successor to York Safe and Lock and predecessor of Harley-Davidson) picnics were big events and always excited her grandparents.
“I often look up there, when going north, and think about how nice it was, before development hit it … ,” Jane wrote.
For additional posts on local sites that spawn memories, see this blog’s Nostalgia & Memories category.
Additional posts on White Oak Park or the Shady Dell:
–Just try to resist this memory-tugging photo of White Oak Park.
–Stadium will be site of The Oaks music reunion
–Wanted: Old photos of teen hangout.
–Memorabilia from ‘the Oaks’ hard to come by.
–Memories of The Oaks pile up.
–Memories of The Oaks pile up – Part II
–The Dell: ‘It was like family’.
–White Oak Park welcomed Blaw-Knox workers .