A Zion View moment to remember: The night the furnace ‘blew’ 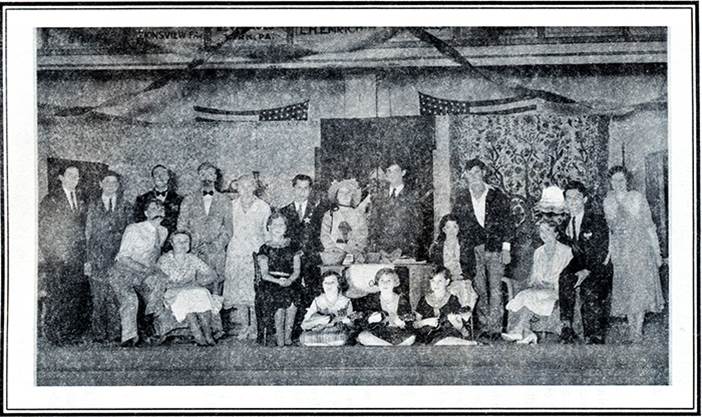 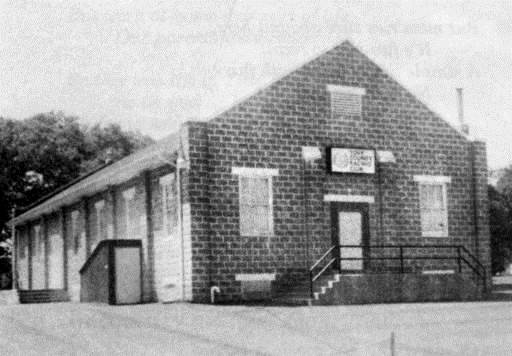 This 1927-vintage band hall housed the Zion View Band and myriad of other Conewago Township community activities until the 1980s. Most recently, it was home to the York County Racing Club. (See additional image below.) (Courtesy, Norma Bear Gates)

Ask anyone around before 1940 about the Zion View Band Hall, and you’ll get a story about the night that hall’s furnace exploded – or, as they say in Conewago Township, “blew.”
In “More about …the way it was,” Norma Bear Gates tells about the memorable event during the Zion View Business Show in 1940… .

Most of the crowd that night sat upstairs in the hall enjoying the entertainment. Exhibitors and a few stragglers remained in the lower level.
“Suddenly, for whatever reason, a huge ball of gas from the coal-fired furnace burst open that heavy stove door (as if it were made of cardboard) and flew in a straight line the length of the basement, striking one teenage gril in its path of travel,” Gates wrote.
The blast cracked some of the girl’s ribs, caused a lot of “burping,” and much concern.
But there was no lawsuit. Just an unfortunate happening.
“And the show went on as usual,” Gates wrote.
She added a PQ (personal quip):
“I was that teenage girl, fortunately, and my dad, a member of the ZV Band, the MC for the show’s nightly entertainment, and dedicated promoter of that affair, never considered causing a stir about the “blowing” furnace. It just happened.”

The band hall hosted many activities. For years, a business show also occupied both floors of the landmark building. In those days, enough businesses operated in what is now a bedroom community to occupy that much space. Here, the Young Peoples Society from Quickel Church poses on the band hall’s stage. (Courtesy, Norma Bear Gates)