Maybe it’s because many people in York County, Pa., have seen so many significant structures come down in the past five years. Or 50 years. But the preservation of the house best known as the former Road House restaurant has struck a responsive chord with residents. Paul Kuehnel provided visual coverage of the rehabilitation of the former Road House eatery into The First Post eatery. The responses on his Facebook page (see below) was enormous. ‘Kinda crazy,’ he wrote in an email. Here’s the Road House, or The First Post, in 1908. Also of interest: Meet First Post’s longtime, now long gone neighbor: York Valley Inn.

Below are five more views of this property along the old Lincoln Highway in Springettsbury Township … .

The family that is renovating The First Post, descendants of the late Nick Kocoronis, estimate the building has been around since 1848. Yorkblogger Stephen H. Smith notes that a building was on the site – now 3691 East Market St. – in 1860. Read the YDR story by Gary Haber: Former Road House renovations. 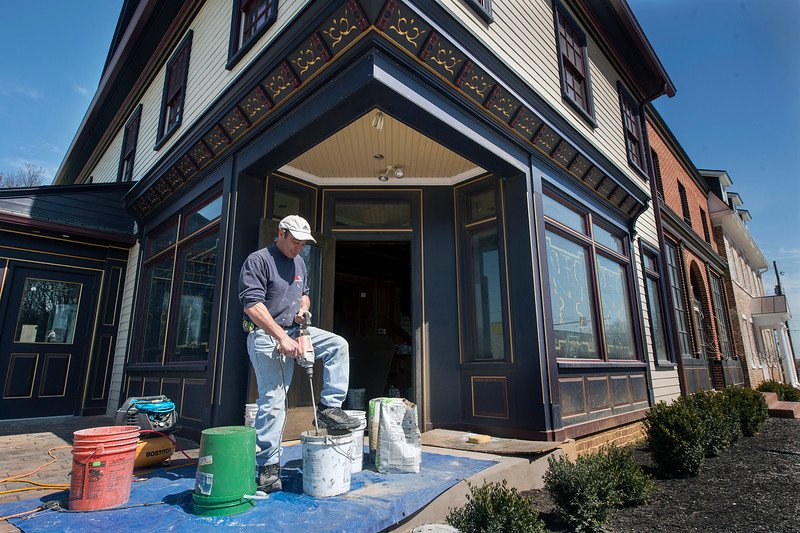 Nick Kocoronis and his family are known for their work with nearby Stonybrook Family Restaurant and Lion’s Pride/Great American Saloon in Red Lion. Stony Brook operates in a former Howard Johnson’s. The Red Lion eateries operate in the former Warner’s Dairy complex. So the family has adapted old buildings into eateries. Check out The First Post’s Facebook page.

Stephen H. Smith said The First Post would be added to the list of Springettsbury Township’s 100 most historic buildings. Read more comments about this project on York Daily Record’s Facebook page.

17 photos: See what is taking shape inside this new future restaurant in Springettbury Township that has been taking…

Also of interest:
The First Post?
Report Gary Haber explains about this building, a longtime fixture along Route 462, Lincoln Highway and their predecessors:
The Nick Kocoronis family was told that the building was used long ago as an inn.
If so, it would have been one of the first places a traveler coming into York would have seen. Thus a traveler, preparing to visit or stay, would have tied his horse to a post.