The Commonwealth of Pennsylvania is where these bodies are buried 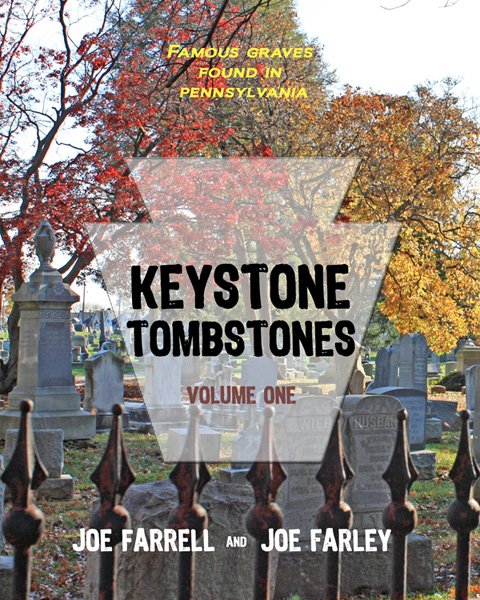 The Sunbury Press website touting ‘Keystone Tombstones’ says this about its 196-page book: ‘Joe Farrell and Joe Farley explore the cemeteries (and pubs) of Pennsylvania in search of interesting graves and stories about the interred.’ (And see unrelated advertisement for a Glen Rock mortuary below.) Also of interest: ‘Murder & Mayhem in York County’: Famous and infamous crimes – in one book.

The neat thing found in the publicity surrounding ‘Keystone Tombstones’ is the people who are buried in Pennsylvania who you wouldn’t think would be here.

A look at a partial lists doesn’t show York County celebs per se.

Lancaster resident James Buchanan, former York County congressman, is on there. So is Gifford Pinchot, whose name is on a York County Park’s sign.

But there are nice surprises.

The Lincoln Colored Cemetery, near Mechanicsburg, right across the border from York County is one.

Can’t wait to get a copy of this work by Cumberland County residents Joe Farrell and Joe Farley. 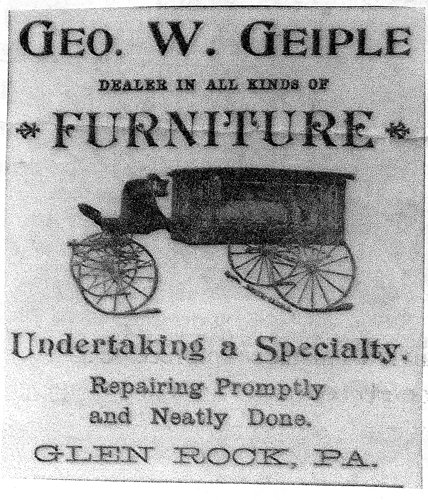 For some reason, this advertisement, from the Glen Rock Historic Preservation Society, seems appropriate for this post: As for burials in York County, the Geiple Funeral Home in Glen Rock has done scores and scores and is still in that business. This ad shows the dual woodworking function of many York County funeral businesses of the 20th century – furniture makers and casket makers. Notice the unintentional, but humorous juxtaposition of the two product lines – “Undertaking a Specialty” next to “Repairing Promptly and Neatly Done.”