The Cassimatises: ‘Builders and Heroes,’ Part I 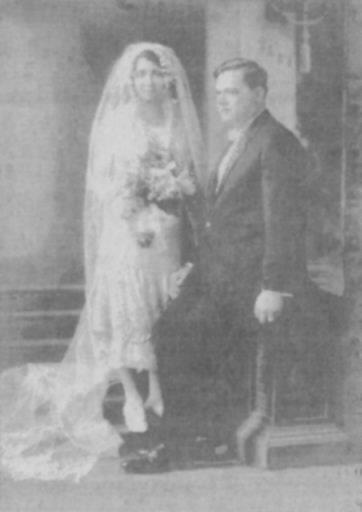 The Greek Cassimatis family of York County has risen high in a short time in heavily Pennsylvania Dutch York County.
It’s a great American story that started with the arrival of a family to America in the early 1900s that produced one of York County’s most esteemed judges in the early 2000s… .

The story of the Cassimatis family is one of more than 150 found in “Builders and Heroes,” part of the three-volume “250th Chronicles.” “Builders” is a compilation of York Daily Record, York Sunday News and York Dispatch articles on families that had achieved in York County’s first 250 years.
A committee organizing the massive 250th celebration in 1999 had the difficult task of choosing the families and then bringing the newspaper articles together into a book. I was fortunate to serve as general editor of the project – the other two volumes include Paul Wolfgang’s “York County History in Print.”
Tom Schaefer’s “Patterns of Our Past” and my “Never to be Forgotten” and others.
The hard-to-get “250th Chronicles” is the only place to find the “Heroes and Builders” book. Fortunately, the set is available at libraries throughout York County.
For years, I’ve wanted to put the short biographies into wider circulation. We’ve just released four condensed bios – shortened from those appearing in the book – for use by teachers who are part of the York Daily Record/Sunday News NIE program.
I’ll put those profiles forth in a series of posts here, starting with the Cassimatises:
How it began: Ellis Island was big and crowded in 1910, especially to a 6-year-old girl from Greece. A tag went around Mary Calopedis’ neck, and she was handed a sack lunch, her first American food. Opportunity brought Mary, her mother and father to the United States during the heyday of immigration. Harry Calopedis wanted to bring his family to the small town where he had already started a stable, successful life: York, Pa. He had come to this country just after the turn of the century to join his brother, Daniel, and when the time was right, he returned to Greece to accompany his wife and child back here. Little Mary grew up to marry Andrew Cassimatis, another Greek immigrant. After Andrew and his brother lost their Pottsville restaurant and hotel during the Great Depression, Andrew returned to York. Here, Andrew along with Mary’s brothers, Theodore and Pete, opened the first Ramona restaurant.
Son, daughter achieve: Mary and Andrew’s son, Emmanuel (Mike), became a lawyer, and later, as a judge, he devoted himself to helping juvenile offenders and young victims. He started Pennsylvania’s first Court Appointed Special Advocate program in York County, which provides volunteers to act as agents of the court in child neglect or abuse cases. And he was named National CASA Association Judge of the Year in 1995. Anita, Mike’s sister, went to college, became a teacher, and later helped set up the Headstart program in York County. In 1956, she had married another Greek immigrant, Bill Asimos, who arrived with a flood of refugees after World War II.
Family memories: Anita and Mike agree that their parents’ efforts gave them the best opportunities. Mike said their contribution was: “Family, itself. Love of family, education, hard work and faith in God.”