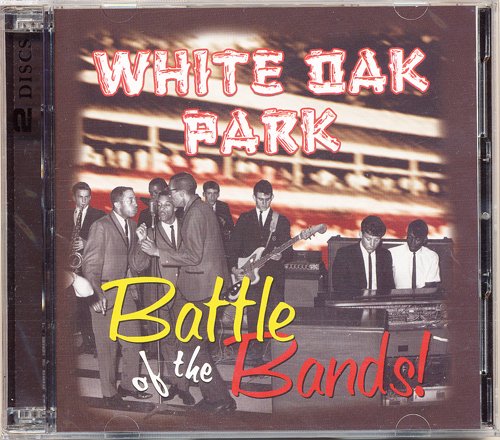 The CD ‘White Oak Park: Battle of the Bands’ landed on my desk the other day. Someone must have been cleaning off their desktop. This came from a reunion several years ago in which a promoter gathered fans of the old north York hangout in Sovereign Bank Stadium. This CD came out at about that time. It features music by The Del-Chords, The Tranells, The Exciting Invictas and other bands that played at The Oaks in Manchester Township and in other venues in the 1960s. One site touted the set: ‘White Oak Park was the site of a legendary dance pavilion which operated near York, Pa. 1961-69. … Many rare and unreleased tracks, along with an extensive booklet. To learn more about this 2008 CD, check out these sites. (See an image of the CD’s back, with its playlist.) Also of interest: York-area memories about ‘The Oaks’ pile up.

The public will learn on Sept. 12 about the pending facelift of York’s Continental Square.

The event is set for 7 p.m. in York City Council Chambers.

Yorkblogger June Lloyd has been exploring the markers in the square in a series. Check out: The Articles of Confederation–the first U.S. Constitution–is commemorated on York’s Square, where it was adopted in 1777.

Remember: Ydr.com’s  ‘Remember’ oral history series is continuing, with your help. Journalists are looking for your memories about the York Symphony Orchestra.

Yorkana’s birthday: Yorkana borough, that tiny town in eastern York County,  is celebrating its centennial in September. A car show is part of that celebration.

Forum of the day: The bad weather messed up the Apple crop elsewhere in the U.S. But this region is doing OK, really well, in fact: that impacted U.S. crops elsewhere, apples are abundant in and around York County this year. When you go shopping or picking, what’s your favorite apple? Background: Jonathan Jessop propagated York Imperial Apple. But he made this prize tall case clock, too. 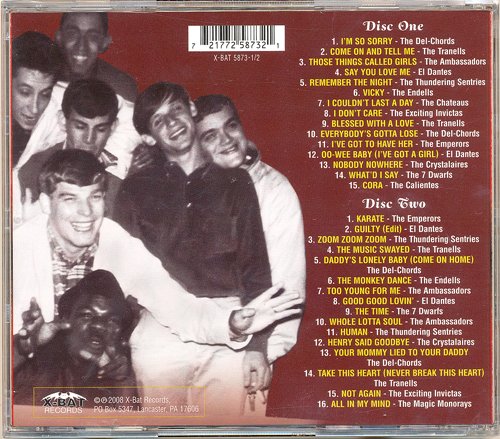 The Del-Chords are shown on the CD set’s back. ‘Without the Del-Chords,’the booklet coming with the double CD set says, ‘the Oaks would probably not have survived, much less flourished.’ The CD set was produced by X-Bat Records, P.O. Box 5347, Lancaster.
Posts about The Oaks or the Shady Dell (south side teen hangout):
–Just try to resist this memory-tugging photo of White Oak Park.
–Stadium will be site of The Oaks music reunion
–Wanted: Old photos of teen hangout.
–Memorabilia from ‘the Oaks’ hard to come by.
–Memories of The Oaks pile up.
–Memories of The Oaks pile up – Part II
–The Dell: ‘It was like family’.
–White Oak Park welcomed Blaw-Knox workers .