Street rods akin to a ‘Car Museum on the Road’: Linked in with neat York County history stuff, June 2, 2012 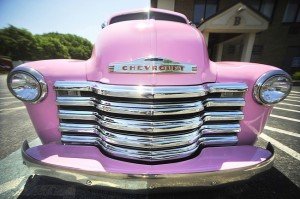 So, we asked on Facebook how you would explain the current street rod invasion to someone who has never witnessed it. One commenter gave the best answer I’ve seen: ‘Car Museum on the Road.’ The commenter’s complete answer: ‘We used to live on West Market and I would sit on my porch and watch them drive by. I love how their are so many types and models to see from a ZZ Top Eliminator to a Beverly Hillbilly truck, rumble seats and much more. It is like a car museum on the road, something new every Year … .’ The Street Rods National East meetup, headquartered at the York Expo Center, have become a rite of June around York County, visitors since 1981. This particular pink machine is part of a YDR scavenger hunt. Winners to be posted on the new Wheels of York Facebook page. Also of interest: Street rods: ‘Yuck! What are you going to do with that?’

Jeri Jones, the geologist who knows so much about what’s under and above York County’s soil, is spreading his craft to Williamsport.

He is preparing a three-case exhibit at the Little League Museum in that Pennsylvania town.

Here’s a sample of the exhibit’s offering:

Did you know that a baseball, which weighs 5 ounces on Earth, would weigh 3 pounds on Jupiter?

When Jeri’s exhibit plays its final out in Williamsport, perhaps it could be ported to York County for a showing at a museum, or even Sovereign Bank Stadium.

Blog post of the day: Universal York’s June Lloyd, who began the quest for the whereabouts of the Rebecca at the Well fountain, has more to say about this former Penn Park landmark.

Forum of the day, II: Interstate 83 has been plagued with problems since it opened in 1959: . Most recently, that strip used to fix the uneven pavement down to the Maryland line? Well, it’s cracking: http://bitly.com/KMY8Tq. Any thoughts about what should be done with this nationally important highway? Please comment below. 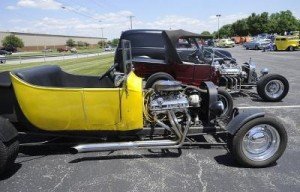