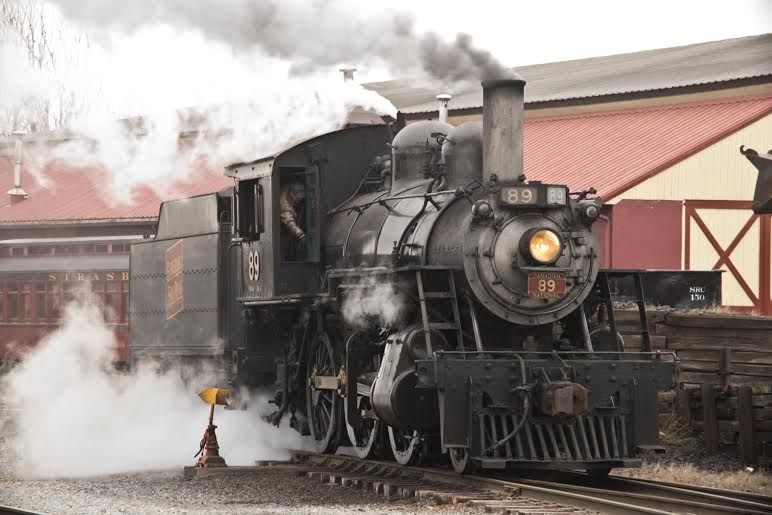 The York, Pa., Daily Record’s Anthony Machcinski braved the bitter cold – about two hours of it – to visit the Strasburg Railroad. In fact, the cold was part of the attraction. The steam that created drives the locomotives is more visible and picturesque. Lancaster County’s Strasburg is a major excursion railway. Of course, York County has three that provide some level of excursion service – the Ma & Pa in Muddy Creek Forks, Stewartstown Railroad and Steam into History, running between New Freedom and Hanover Junction. Also of interest: Tying together two York County, Pa., institutions: Trout and trains. 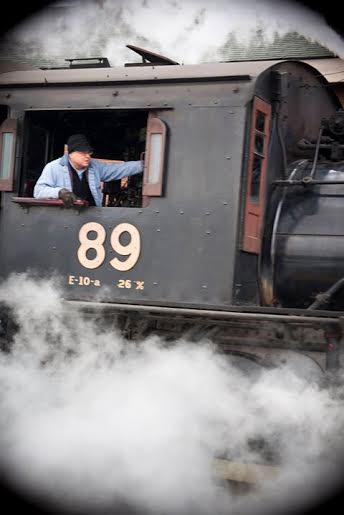 This locomotive engineer seems oblivous to the cold. Perhaps the big engine in front of him was throwing off a little heat with the steam. For more about the 45-minute excursion trip through the eastern Lancaster County countryside which includes runs today, check out:  Strasburg Railroad.

This is also an interesting moment from Lancaster County –  a weekend tea in memory of the life of  Lydia Hamilton Smith.

A LNP story gives this summary: “Re-enactors told attendees the story of how Smith, the daughter of an African-American mother and an Irish father, became the housekeeper and confidante of famed Congressman and abolitionist Thaddeus Stevens — as well as a businesswoman with rental properties in Lancaster, Gettysburg and Washington, D.C.”

It was a party recognizing Smith’s 200th birthday.

Paul Kuehnel flagged this clip of an oral history with Oliver Nordmark, Oliver rode an Orphan Train and descendant and author Donna Nordmark Aviles talked at Martin Library over the weekend about the now-famous trains that ran from 1854-1929. If anyone has information about orphan trains stoppeding in York County, please comment below. York, of course, had a large orphanage in most of those years: the Children’s Home of York. For more, see One Book, One Community.

+++
Flagging a Facebook page: I ran across this Facebook page by Mike Nixon, a public historian who writes about the mid-Atlantic region. Good stuff on here.