Still missing: Where is Elmwood’s Roll of Honor? 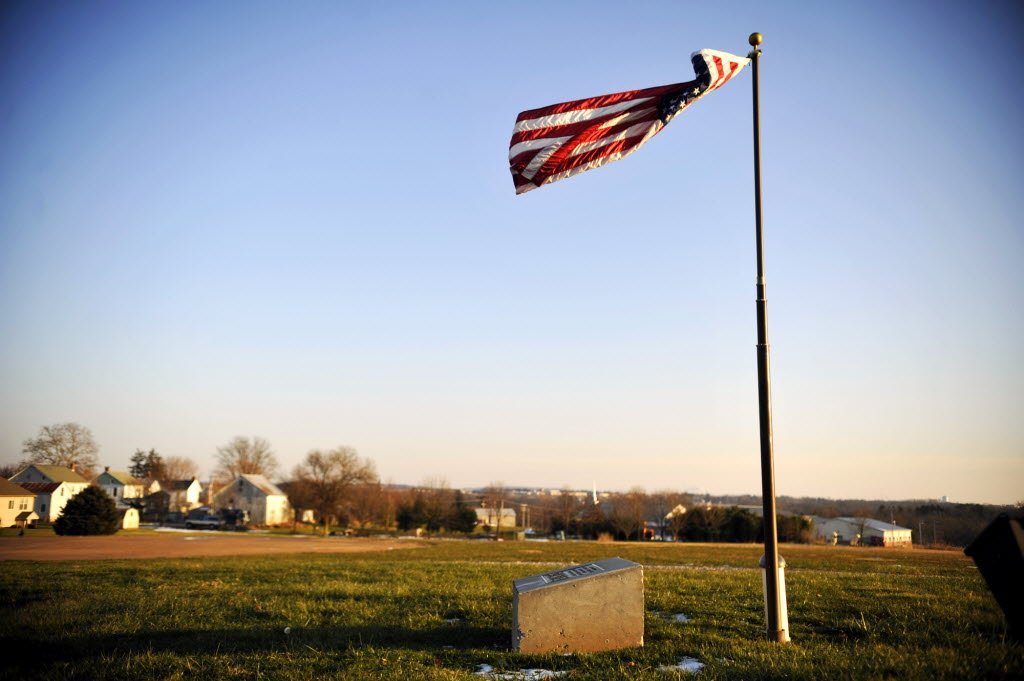 This is the Zion View War Memorial, one of York County’s most picturesque. We know where this Conewago Township memorial is located. But some war memorials have been lost over the years. Also of interest: You can add to this list of veterans memorial from York County.

We’ve reported before about: Where is Elmwood’s Roll of Honor?

Well, it still hasn’t been located.

“When I was at the YCHT Library on Friday doing some column research, Al Rose (a YCHT volunteer) – who has been tracking and researching memorials to York County’s war veterans – asked me if I had any information on the wooden one that was at the Market Street entrance to Elmwood Boulevard. It was on the grass strip in the middle of the wide street. I certainly remember it, but do not know what happened to it.

“Al has been chasing down leads – it went to the fire company, it went to a church – but none of them have panned out.

“Someone out there must know what happened to it; indeed if it still exists in any form.

“Thought your blog readers may be able to help.”

Some things never change (and maybe they shouldn’t): In 1933, York County law enforcement officials decried marijuana use. Today, most York County lawmakers are against legalization of medical marijuana.

Believe it or not: Since Oct. 1, three people have died in five serious buggy crashes on Pennsylvania highways, according to a Pittsburgh Post-Gazette story. “The number of buggy crashes in Pennsylvania has fluctuated over the past decade, from a low of 56 in 2003 to a high of 78 in 2006. There were 64 such crashes last year, PennDOT said,” the story stated.

Come out to say hello: Scott Mingus and I will sign copies of our 2013 book “Echoing Still: More Civil War Voices from York County, Pa.” and other titles at Irvin’s Books on Dec. 19.

Farms and Fields: Check out all these stories and photos involving farms in York County’s past.