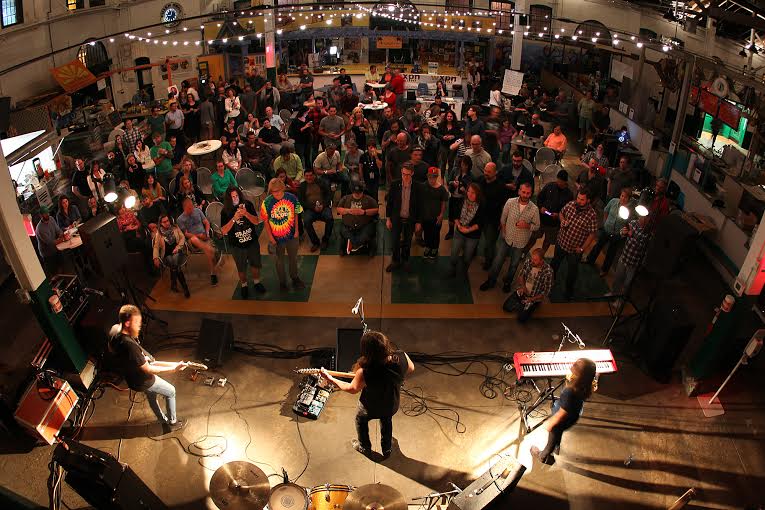 Central Market served as a gathering place for 5,000 people in the late 1800s for religious services. Ever since reading that account, YorkTownSquare.com has advocated uses for the market that go well beyond the partial days that it is open on Tuesdays, Thursdays and Saturdays. That is happening more and more. The balcony is being used for small group meetings and birthday parties, for example. The market is open on Bike Nights. And just last week, its food court served as a concert venue. Kable House Presents is hosting a series of acts in the market. A FlipsidePa.com story gave this summary from concert organizer J.J. Sheffer: ‘Central Market was the “sweet spot,” Sheffer said. It’s able to host 100 to 200 people, and allows them to use a building she believes is not used enough in York.’ Central Market indeed is a treasure – one that is underused and should be rediscovered. Kable House Presents is setting a visible – and audible – example. (See another market photo below). Also of interest: Central Market should be used for all kinds of things. 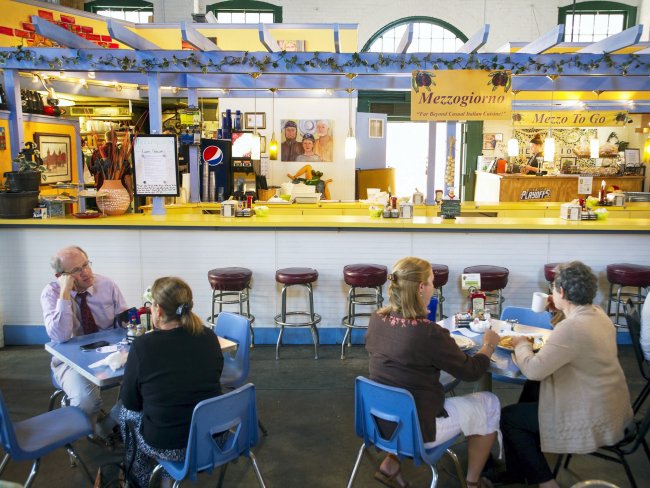 You can have concerts and other such non-traditional uses at the market without diluting its 125-year-old brand – good food. Here is one popular eatery: Mezzogiorno’s. Also of interest: Central Market sells steak – and sizzle.

The dig at Camp Security that has been in the headlines recently?

That work appears not to have been on the Camp Security site.

Such digs are slow work, by definition. So four acres down, 158 to go.

The Revs are heading to the playoffs, so it’s a good time to look at attendance stats for York’s Independent League baseball team.

They’re pretty consistent, indicating that the team is a keeper.

Here they are, from the YDR:

History mystery: This scene stumped those commenting. See how you do: