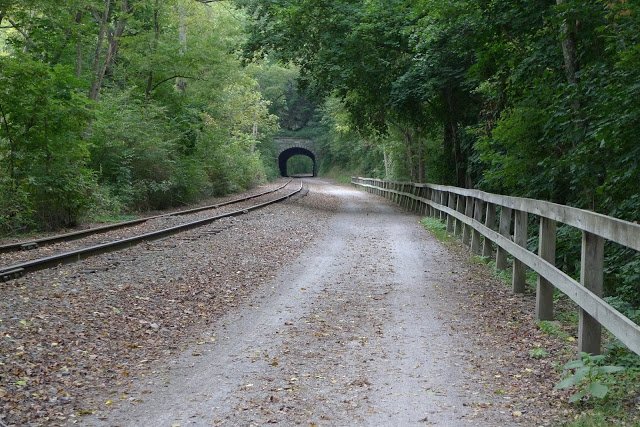 A recent VeloPhoto York blog post, telling about a 52-mile bike trip on and around the Heritage Rail Trail County Park, is headlined ‘3 Tunnels, 2 Firetrucks.’ York countian Rick Ramage covers the Howard Tunnel, which many people know about, above. Then he comes across two other ‘tunnels’ farther south that some rail trail riders might overlook – because they ride atop the tubes. These tunnels amount to wide railroad overpasses. By the way, the land above Howard Tunnel is owned by Kinsley Construction’s Bob Kinsley. Kinsley noted that interesting fact at a York County Heritage Trust event this week.  Also of interest: Seven Valleys – From rail to rail trail. 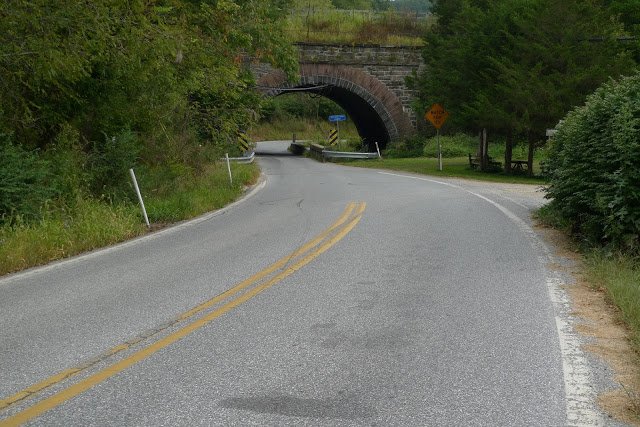 Rick Ramage: ‘Soon the trail will be covered in leaves. After getting back on the road Rt 616 South, a few miles north of Glen Rock I encountered the 2nd tunnel… .’ 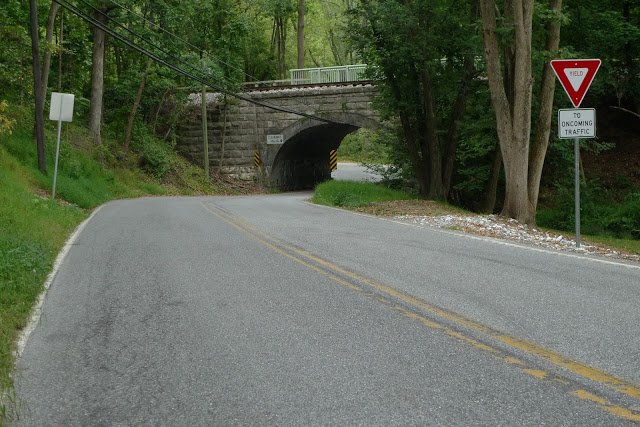 ‘And shortly thereafter, yet another.’

Those two fire trucks? They responded to a reported natural gas leak.

Final comment from Rick Ramage: ‘Total riding today was 52 miles, including a detour to the local Starbucks.’

Plus 1 more railroad tunnel, courtesy of the York Daily Record … . 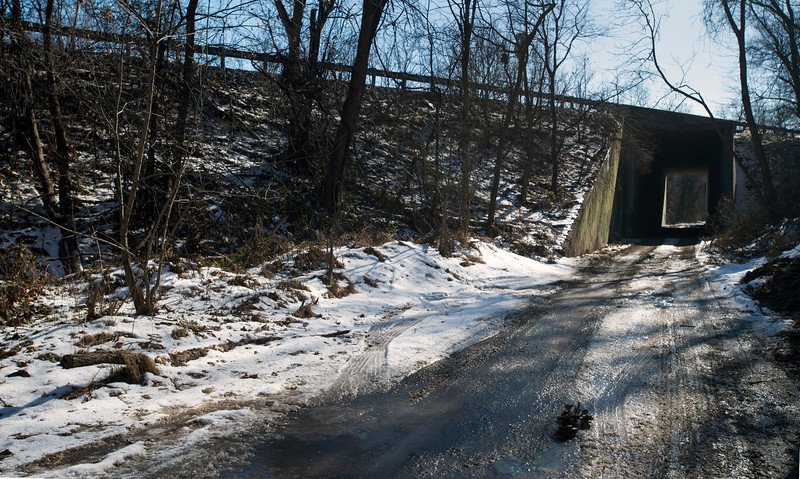 A couple of miles off the rail trail is yet another overpass taking a right-of-way – Interstate 83 – over the former Maryland and Pennsylvania Railroad bed. We include that here just in case you never saw this hard-to-view scene near the Mount Rose Avenue interchange, now under construction.

Some other links to tunnels in and around York County.