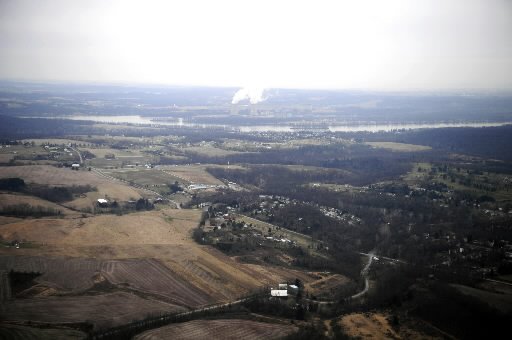 Steam from TMI Unit 1’s cooling tower is seen in this York, Pa., Daily Record/Sunday News file photo. That scene has remained unchanged since the partial meltdown of Unit 2’s reactor in 1979. In just a few decades, those cooling towers, worldwide symbols of nuclear energy – and that industry’s downside – will be no more. TMI Unit 2 is slated to be dismantled and demolished alongside TMI Unit 1 starting in 2044, according to a YDR story. TMI Unit 1’s operating license extends to 2034. So what are now internationally known symbols will pass into history within the lifetimes of many York countians. Also of interest: Here’s a rare photograph of TMI 2’s cooling towers doing their job, before the 1979 accident. 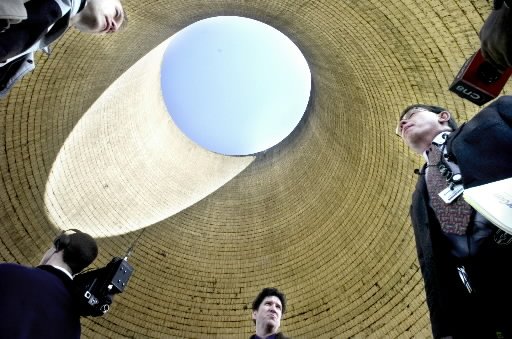 TMI brass take the media on a tour beneath one of the cooling towers at TMI 2, the disabled reactor. The YDR muses about the chances of TMI becoming green space: Imagine TMI as a public park.  Also of interest: Goldsboro shares TMI’s spotlight.

Here’s how she leads in:

“I stopped in my tracks at Baughman’s Salvage Yard as I wandered around taking photos of vehicles in various states of decay. There was a beautiful, (eye of the beholder) vintage ambulance or emergency vehicle among the lines of rusted vehicles, with York, PA, barely visible.

“Imagine the stories that came with a ride in this ambulance. The last date of inspection was 1999.”

Churches of God: They’re in many small towns around York County -and in York. An interesting piece of their past is that the Protestant denomination is Central Pennsylvania grown, starting in Harrisburg in the 1800s

In fact, the denomination’s old mother church, no longer in use by the Harrisburg congregation, will host a theater group.

Willis House: One of York’s oldest houses, the Willis House, is for sale. That’s been the case for several years. But there’s something new with this old homestead – listed by the National Park Service as a Underground Railroad site. It’s getting a new roof, made of hand-cut cedar, just like the original.