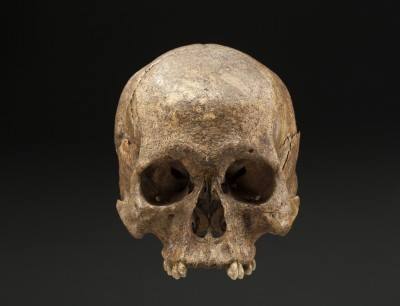 Remember this skull saved from the auction block in Maryland last year? It then was presented as that of a Civil War soldier. But tests by the Smithsonian have determined it to be that of a Native American. Testing placed it as 22-25-year-old male, more than 700 years old and likely from the American Southwest. And it was not removed from the Josiah Benner farm in Gettysburg, according to a Hanover Evening Sun report. The original information was a bit off. The skull, now owned by the National Park Service, will be treated with respect. A NPS news release stated: ‘This result is not what we expected but we stand by our commitment to be respectful of these remains, fulfill our responsibilities, and find the best course of action for their final resting place.’ Good plan. Also of interest: Shoes, other artifacts found in walls of Gettysburg Seminary Ridge Museum.

+++
York, the first capital of the United States?: This video argues for New York City.

York County’s Charlie Stambaugh shared this interesting short video. For details about the claim of York being the first check out (I weigh in at the end): First Capital.
+++
Hanover museum: Take this tour of a 100-plus-year-old firehouse

History Mystery: Do you know how this achiever gained fame?