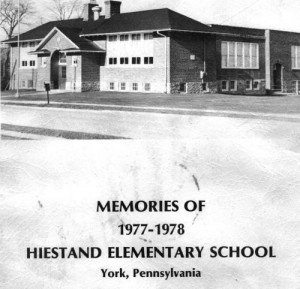 Mention the Hiestand Elementary School in Springettsbury Township’s Old East York neighborhood, and you’ll get a flood of memories from many people. ‘It surprises me how the school ignites a passionate memory in people,’ former student Pam Lee said. ‘I think it’s because the school was so small.’ The school opened in 1912, and a centennial celebration is planned in in September. The school closed in 1978. This is the final Hiestand Elementary School yearbook, courtesy of Pam Lee. For more about the school, see Memories of Hiestand Elementary. (Also, see related photo below.) Also of interest: David Levin, former Hiestand student, becomes noted university professor.

Betsy Shaw recently alerted us to an upcoming presentation about the Strickler family.

In our emails, she flagged another moment in York County – the borough of Yorkana’s 100th birthday.

“Another history snippet – about 18 months ago you did an intro to the borough of Yorkana,” she wrote. “2012 is the 100th anniversary of its creation as a borough and the community is working hard on developing an anniversary event – for Sat., Sept. 8.

“Hollie Bedell & I from Lower Windsor Hist.Soc. are lending a hand w/ getting together some historical material for them – some very cool stuff has popped up.”

Taking to the streets: An annual rite of June in York County, the invasion of the colorful and beautifully restored street rods, continues. About 4,000 motorists who are part of the National Street Rod Association National East meetup will be here June 1.

Blog post of the day: Buffy’s World has posted a link salad covering an array of topics: Penn State slideshow to Game of Thrones to First Ladies and Yorktowne Hotel.

Forum of the day, I: North George Street, between North and Market streets, is going to receive a facelift – new trees, art displays and curb work. New crosswalks are a key in this district that includes Codo 28, in the old Diehl Candy/Gregory’s building. Do you think this once bustling hub will become bustling again? Please comment below.

Forum of the day, II: The Pennsylvania Turnpike has been in the news because of a proposal to raise the speed limit to 70 mph. Some motorists slow down, trade their cars for bicycles and enjoy an abandoned stretch of the turnpike, with tunnels, in Fulton County, west of Chambersburg. Have you ever biked or walked on the old turnpike? Please comment below. 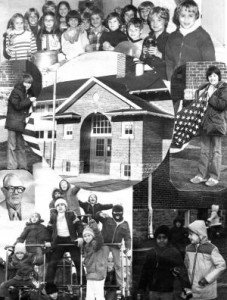 This photo collage was published in the 1977-78 Hiestand Elementary School yearbook. 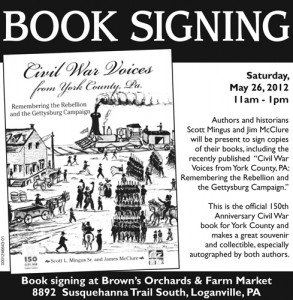