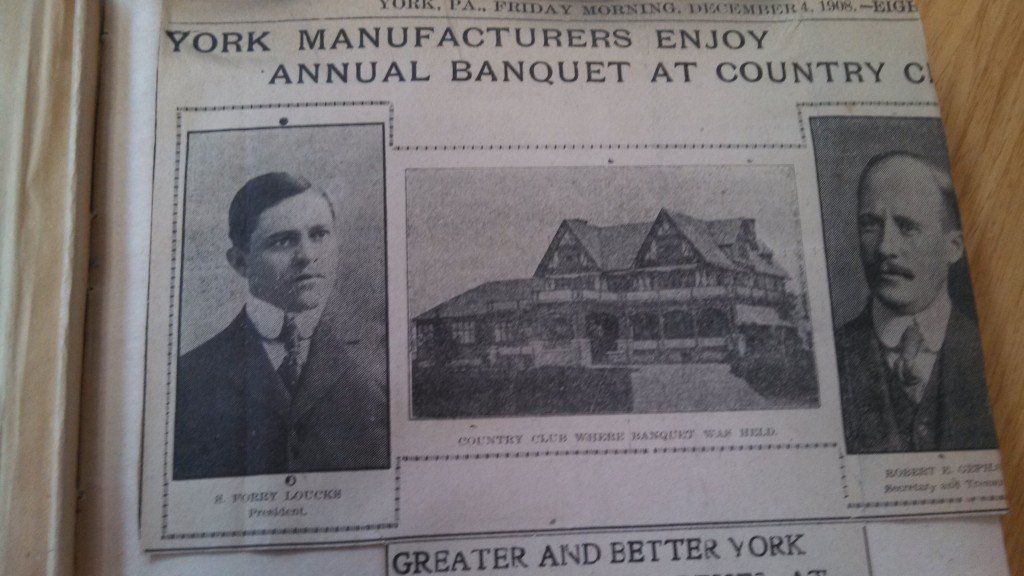 An old Manufacturers’ Association of South Central Pennsylvania scrapbook starts with this clip about an annual meeting at the Country Club of York. That Dempwolf-designed clubhouse, center, burned in the 1934 and was replaced by a modified structure, which came down when York College of Pennsylvania built on the property in the 1960s. Carol McCleary Innerst wrote in “York College of Pennsylvania”: ‘A proposal to spend $100,000 renovating the old clubhouse was rejected.’ So add another wonderful structure to the list of those demolished in the 1960 and 1970s in the York area. Anyway, the Manufacturers’ Association continues to hold annual meetings. Surgeon Ben Carson will speak at at the group’s 2014 meeting. Also of interest: York County sacrificed on homefront and war front to aid Allies in World War II and Industrialist Thomas Shipley’s ‘enduring monument’ in York did not ‘endure’.

Michael Smeltzer stopped by the other day to show a scrapbook of Manufacturers’ Association of South Central Pennsylvania clippings, dating back into the 107-year-old organization’s early days.

Our conversation turned to the association’s finest moment. It was a shaker and mover behind the York Plan, a county-wide movement to share machinery and manpower to secure large defense contracts in World War II. The local movement went national – and then international. York Plan 2.0 was revised and redeployed 10 years later for the Korean War.

We talked about how York County and southcentral Pennsylvania could recover the spirit of the York Plan – a collaboration that brought major defense contracts here that would have otherwise gone to the big boys elsewhere.

Michael pointed to the ongoing need for a labor force that has the skills needed by regional industries.

So to time travel a York Plan idea to the present day, if Company A has a welder who is available, he or she could do needed work for Company B. The same goes if coordination is in play so that a machine that is idle in one company can be used to benefit another.

This is one of those prime examples of how we can build a future by borrowing from a successful moment in our past.

All Made in York posts from the start. 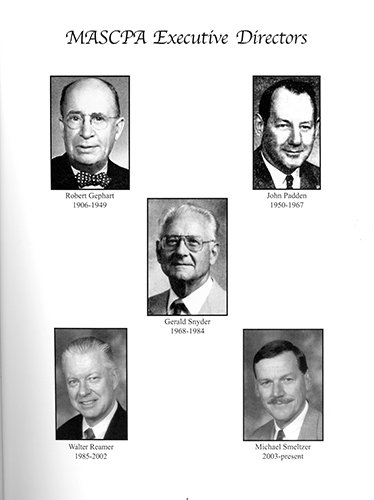