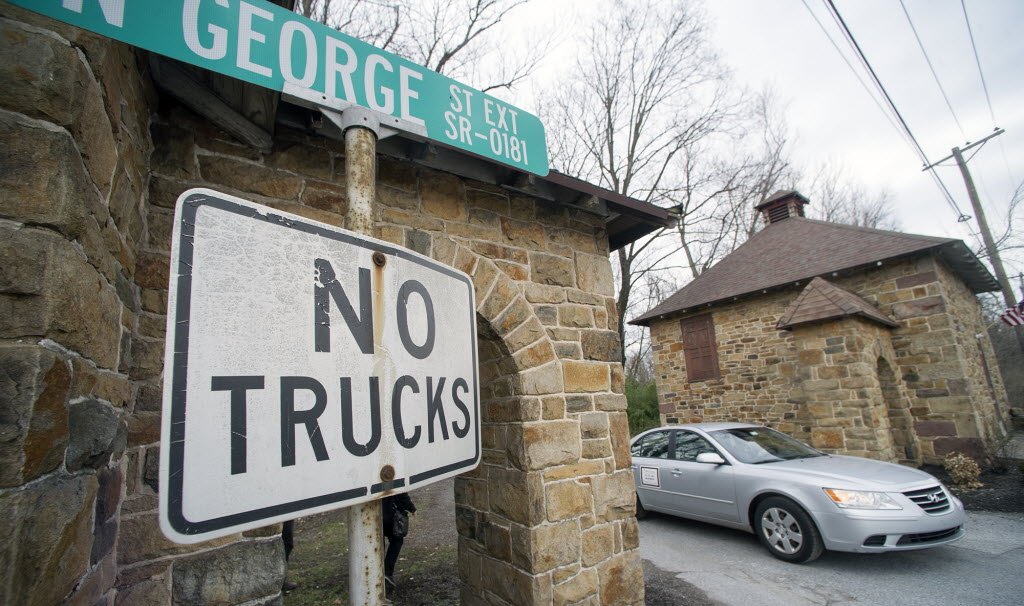 The closing of a stone arch bridge on the Shady Lane estate in York County’s East Manchester Township gives an opportunity to provide images from this beautiful place. The photo here shows what most people know about the estate – those distinctive gates on the road between Emigsville and Manchester. Also of interest: Beautiful Shady Lane beautiful even in the rain.

Before the rest of the photo tour, here’s a brief narrative of the current issue involved the old bridge, via this YDR.com photo gallery:

“A stone arch bridge that is believed to be at least 100 years old crosses a stream on Shady Lane in East Manchester Township.

“Decades ago, the narrow public road carried little traffic. One resident, Dave Carley, recalled that if you saw one or two vehicles on the road a day, that was a lot of traffic.

“Today, though, traffic has increased with the nearby industrial parks. Some drivers use the lane as a shortcut between Board Road and North George Street, people who live and work on Shady Lane say. Signs warn that trucks are prohibited from crossing the bridge with a 3-ton weight limit, but some still do anyway, Kohr said.

“Township officials closed the road Wednesday because of repairs that need to be made to the bridge, manager Dave Gentzler said.” 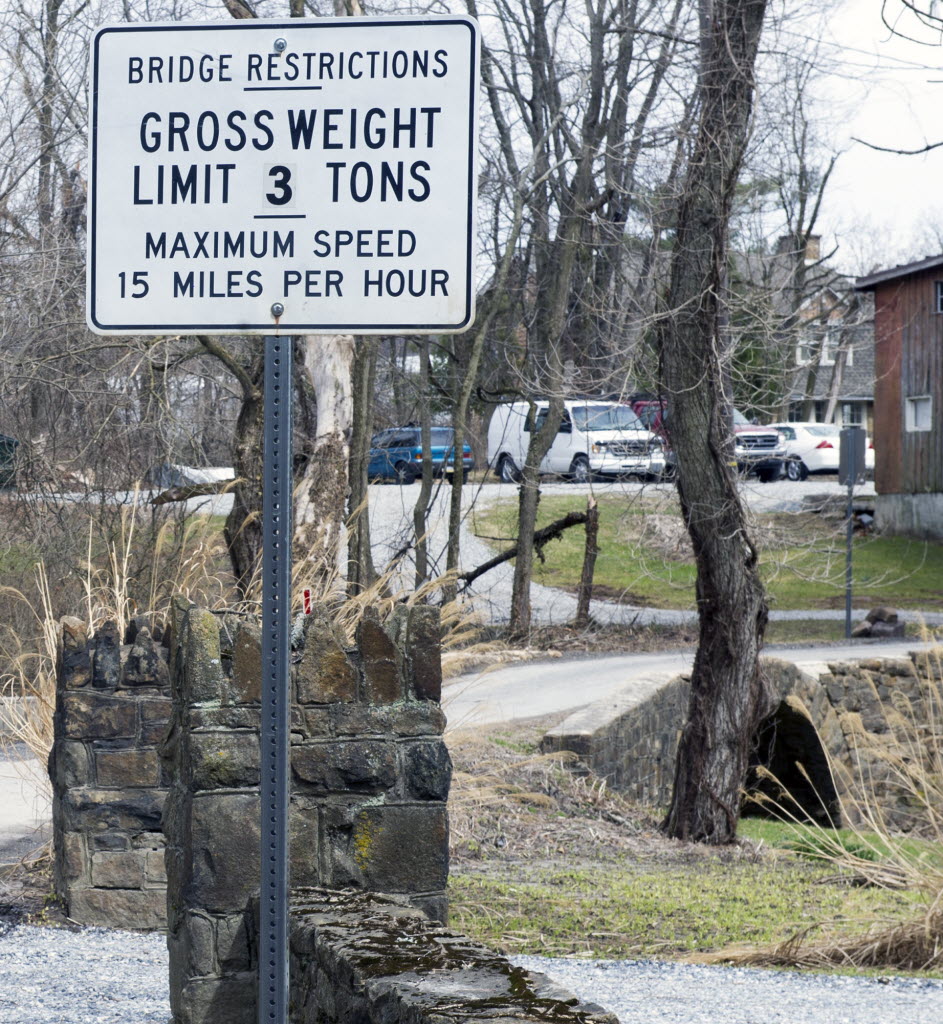 Back to photos. The bridge in question, with its related sign warning about its often-ignored weight capacity. Read a full story about the bridge, with an interesting before-and-after photo slider: Shady Lane.
No. 3 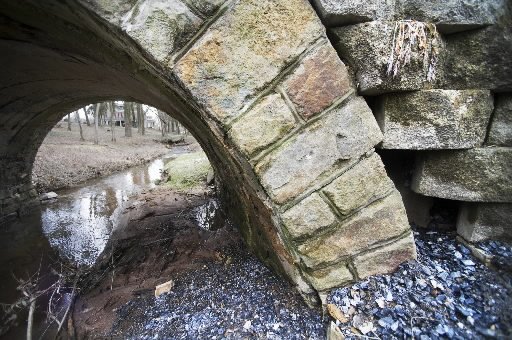 They just don’t make ’em like this anymore. That’s why preservation of signficant structures like these in York County is important. 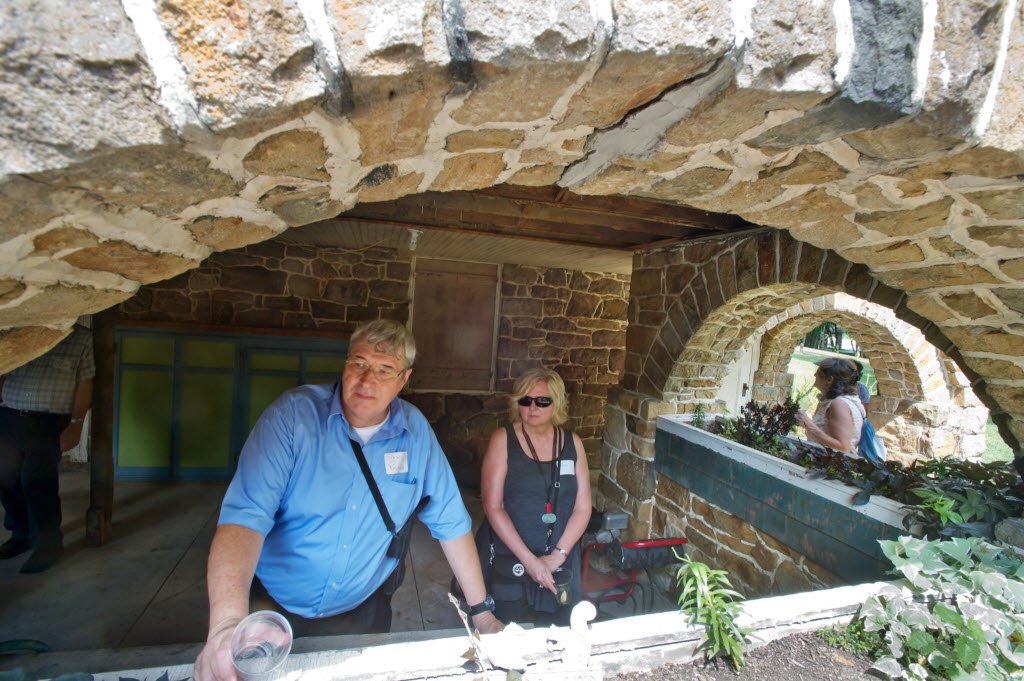 This is a trip back to the Preserving York picnic of a couple years ago in which the public got a good look at this lovely place. Nice stone arch work here, too.
No. 5 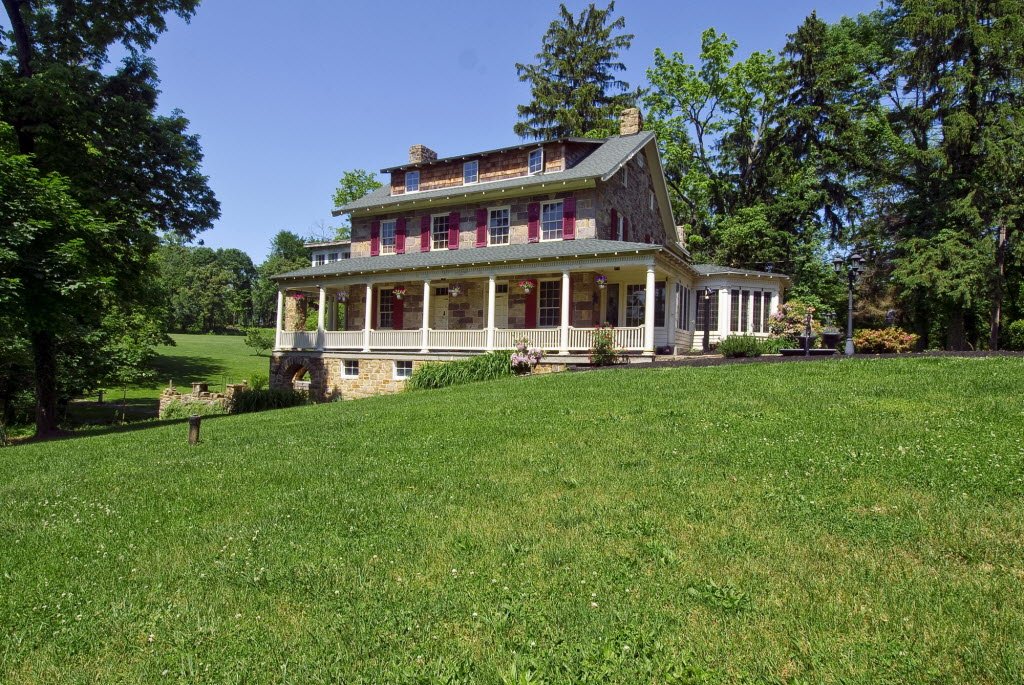 In any photo spread, you need an overall, seen in this file photo. 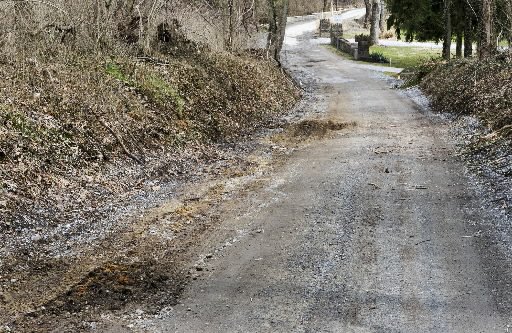 The shady lane that gives Shady Lane its name. This simply doesn’t seem like a place for trucks.