Seven Gates of Hell and Toad Road: Film scares the fun out of York County’s most popular urban legend 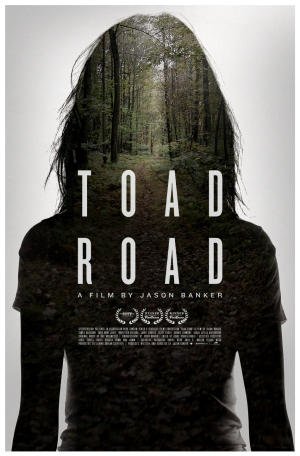 It’s a case of an old urban legend taking on some form of reality.

We’re talking about the myth of the Seven Gates of Hell, a mythical place in Hellam Township. So if you pass through the seventh gate, the story goes, you go straight to hell.

The purported spot became a party place over the years, causing residents out there to have no tolerance for trespassers. (See another Argento piece – Backyard ‘Hell’ not fun for residents – to learn about that.)

Back to some reality behind the myth.

Mike writes in ‘Seven Gates of Hell legend inspires twisted film’ that the film, by York Catholic grad Jason Banker, is a ‘weird amalgamation of documentary, drama and horror.’ The movie’s credits say it was partly filmed in York County.

Mike explains progression through the gates is a metaphor (back to imaginary stuff again) for the descent from drug use into drug abuse and then self-destruction.

And now back to reality.

The film’s lead actress died of a heroin overdose.

Somehow, the film’s promotional blurb is spot on: “A portrait of contemporary youth culture, where the lines between reality and fiction are blurred with often frightening results.”

Urban legends are supposed to bring on an element of fun. I mean, we’ve heard about the one of the bulldozer that sank in one of York County’s notorious sinkholes. And the one about the man who supposedly fell into the concrete being poured to create the bridge support for the Columbia-Wrightsville Bridge. His bootprint is supposedly visible to boaters.

But somehow the film “Toad Road” drains the fun from the Seven Gates of Hell and Toad Road and tales associated for decades with that part of Hellam Township.

Jason Banker first heard about Toad Road when he was in high school — York Catholic — but that was about as far as it went.

He hung out with the metal heads and misfits and skater punks, and they all talked about Toad Road as a place to go party. It was a kind of teenage wasteland out in the woods, far from the prying eyes of anyone who might have cared about what they were doing out there — which was mostly engage in the kind of behavior that teenagers engage in, the kind of behavior that causes their parents to lose sleep and develop digestive issues.

Banker was never into that. It kind of scared him, the partying and drug use and excesses of teenage rebellion. But he was interested in the kids who were into it. They were friends, for one thing, and he was always kind of interested in people on the fringes, people who live outside the boundaries that keep most people from venturing into dangerous, scary territory. These kids “pushed things hard,” Banker recalled.

What interested him most about Toad Road was the legend of the Seven Gates of Hell, said to be off of the rural byway. There are a couple of different stories about it. One goes that it was once the site of an asylum that burned down — and the seven gates were erected to trap the insane in the woods and keep them away from civil society as they were hunted down and beaten to death. Another story says that the gates were put up by a psychotic doctor who lived in the woods and might have performed bizarre experiments on patients. The legend has it that anyone who goes past the seventh gate goes straight to hell.

Of course, neither is true. There was never an asylum there, and it was never the home of a kind of home-bred Dr. Mengele. There technically is no Toad Road; the area of the seven gates is located off Trout Run Road.

Nonetheless, it was a legend that stuck with Banker. He went to York College, studied photography, earned his degree and moved to New York to get into filmmaking. He’s worked as a cinematographer for commercials — basically, how he earns a living — and as a shooter for documentary films. He worked on several projects with documentary filmmaker Jonathan Caouette. It was while shooting Caouette’s “All Tomorrow’s Parties,” a documentary about a music festival of the same name in England, that the germ of an idea for a film stuck in Banker’s head.

He had shot a lot of footage of people at the festival just partying, and getting wasted, and doing stupid stuff. He wanted to document that world, but just showing a bunch of kids acting crazy would get kind of repetitious and tedious. It would work, he thought, if he could come up with a story that would provide an entry into that world. At the same time, he wanted to do something in his hometown — a place he knew and understood.

And he knew the one location he wanted, one that offered more than just backdrop, one that served as a character, served as atmosphere, served as the center of the film.

It was a shoestring operation. He had no money to put into it. A friend gave him enough to buy a camera, and he was off and shooting. He wanted to use actors from York, but had no luck rounding up a cast, and he wound up casting a group of friends from Baltimore, all non-actors.

Banker started out shooting footage of the group of 20-somethings just hanging out and doing what they did, which was a lot of drugs and drinking. To give the movie some dramatic heft, he set up a romance between the two leads, James and Sara, played by James Davidson and Sara Anne Jones. And he set a course for Toad Road and the Seven Gates of Hell.

The film is a kind of weird amalgamation of documentary, drama and horror. For its first half or so, it seems as if you’re watching a documentary about some very messed-up people doing messed-up things. (There is one scene involving fire and a part of the body that is best not set on fire that will make you cringe. Banker said he wanted to “push the boundaries of what society thinks is appropriate and he does.”)

As the film progresses, James and Sara take a pilgrimage to Toad Road and the Seven Gates of Hell and, well, I don’t want to give it away. The ending of the film is unsettling, not the kind of thing for people who like their movies fully resolved at the end.

The Seven Gates are a metaphor, Banker said, for drug abuse and the descent from consciousness expansion to self-medication to self-destruction, each gate leading to more dangerous and destructive substances. And as his characters travel through the gates, they get closer to entering Beelzebub’s Zip Code.

Banker set out to do something different, something unconventional, something that doesn’t adhere to the conventions of the horror genre, melding documentary techniques with drama.

He had no way of knowing that the film would be kind of prescient. Just a few weeks after the film premiered — it has made the rounds at several festivals, had garnered some awards, is currently available on Netflix and Amazon, and is distributed by a production company run by Elijah Wood, who’s listed as an executive producer in the credits — Jones died of a heroin overdose.

It came as a shock, Banker said. He had no idea.

He dedicated the film to her memory.

She had passed through the last gate, her destination unknown.

Check out the New York Times’ review of ‘Toad Road.’