Sears, Roebuck in York, Pa.: The retailer was an early adopter of the move to suburbia 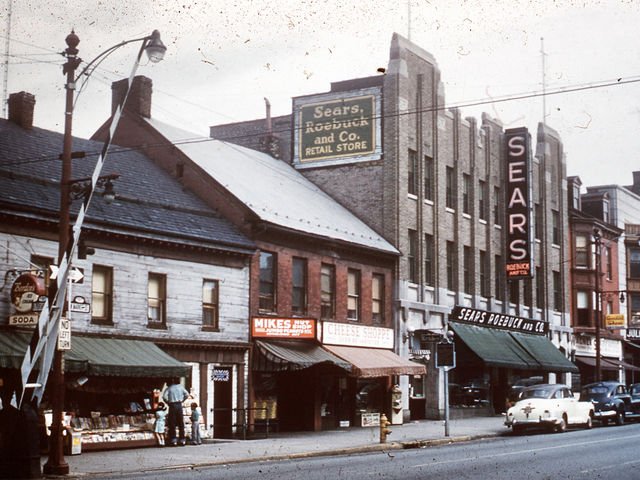 Ah, yes, the old Sears building on West Market Street, York, Pa., as seen in this York County Heritage Trust photo. Its many signs make sure there’s no mistaking that you could shop at Sears here. This Sears store was a noteworthy retailer in York’s downtown story because it was an early adopter of a suburban location. It opened its store in York’s eastern suburbs in the mid-1950s – at the time that Caterpillar was building up and Haines Acres was building out. It was the anchor to the popular York County Shopping Center, now often referred as the revamped center where Red Lobster operates in Springettsbury Township.  Ten years later, many York retailers had either moved or were considering branches at suburban sites. For a short story about these times of suburban migration, check out: From top dog and hot dogs to dogfight and dog days in York County, Pa. And check out the view of this building today and other photos of York County landmarks at: Now and then. Notice the two buildings to the left. Those are known as the Gates House/Plough Tavern today. Also of interest: First the catalog. Now Sears ends its portrait center. What’s next?

York’s cheerleader Terry Downs is seeking some information about a downtown property:

“Recent research on age of property in center-city York had me looking for wills, deeds and so forth. The property when sold went from Penns to eventually John Hay of York (1770’s). Ultimately this became “Hay’s Addition” that was approx. 66 acres of land. Went from east of Queen Stree

It and elbowed northwestward to the bend in the Codorus near York Academy.

“Perused the York County Heritage Trust library and the York County Archives, came up empty; no one seems to have a plat plan of the subdivisions of this parcel. I reached out to descendant George Hay Kain and although he has much family fodder, this is something he does not possess – nor ever seen. But! if it would come available, he’d like to see it.

“Photos of the region north of the Elks Club also a mysterious puzzler; I would think some evidence with the auto manufacturers at that district there’d be some photographic evidence. Very little I’ve found (as yet). Asked Bill Schintz on this aspect.

“Indeed such a large land annexation to increase York Town in the early 1800s, and no record of it. Wow.” 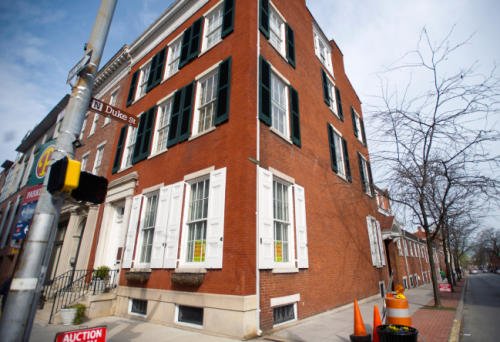 York College is going to use the former Lafayette Club as its Center for Community Engagement. Interesting, but welcome, use of a building that housed a club that did not accept women until the early 1990s and people of color until the late 1990s.

They’re doing this in Harrisburg: Hmmm. Central Market in York?

History Mystery: This was Bob Yost’s real estate office in York city. It was from here, in part, that he sold more homes…