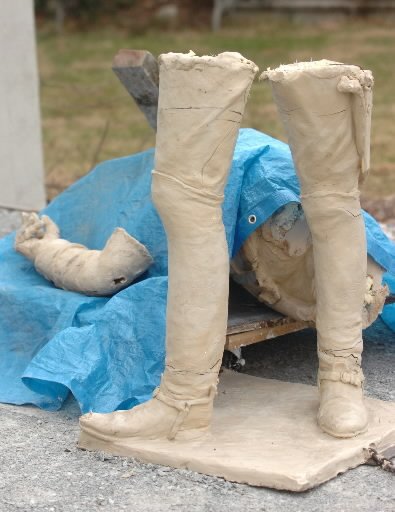 These pieces of clay, used to sculpt the Marquis de Lafayette’s boots, rest in Lorann Jacobs’ studio. Also of interest: Artist Lorann Jacobs: ‘The woman in that sculpture kept starting to look like me and I kept trying to change her’ .

York’s mayor believes the city offers sculptor Lorann Jacobs the largest of galleries.
John Brenner observed recently that Jacobs’ gallery measures 5.2 square miles, the city limits of York.
In about a decade, the Dallastown sculptor has made her mark on York by molding about eight publicly displayed statues, with more on the way… .

Writer Jennifer Vogelsong tallied up Jacobs’ work in a York Sunday News piece.
It’s the most comprehensive roundup of Jacobs’ work that the newspaper has yet done.
City officials point to many advantages of the artwork, including promotion of heritage tourism.
“They create points where people can stop and appreciate beauty and they’re done on a human scale,” city official Matt Jackson told Vogelsong. “We’d like to soften and civilize and humanize the city as much as possible and sculptures have a way of doing that.”
All this raises the question of whether city officials should seek other artists to provide their intepretations of York’s past. Art, after all, is in the eye of the beholder. And perhaps they should. The magic found in the Murals of York comes, in part, because of the varying styles of the artists. And those artists captured a diversity of people and topics.
But to adapt what the wise man said about another art form, we’re not sure when York will get its fill of Jacobs’ work, but we’ll know it when we see it.
And we haven’t seen it yet. 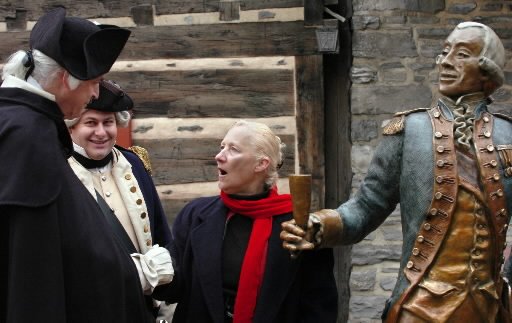