Schmidt & Ault’s name was everywhere: You couldn’t get lost going to its old York mill site 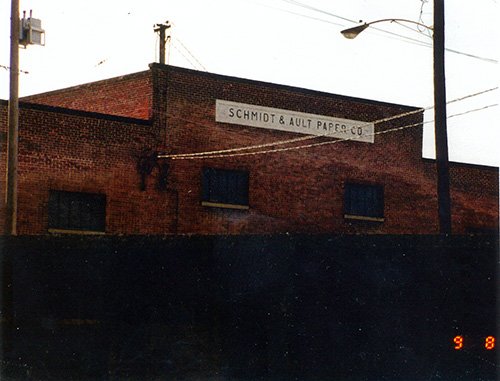 A reader asked about the signage on the old Schmidt & Ault paper mill, and I posted that query here and in the York Daily Record/Sunday News.

Dale E. Brenner, a former Schmidt & Ault employee  came through with these images and more.

The Schmidt & Ault company was clearly brand and community conscious. It’s name is tatooed on the mill, and the S & A name was attached to community sports teams and the like.

Enjoy this photographic ride, the photos coming from 15 years or more ago: 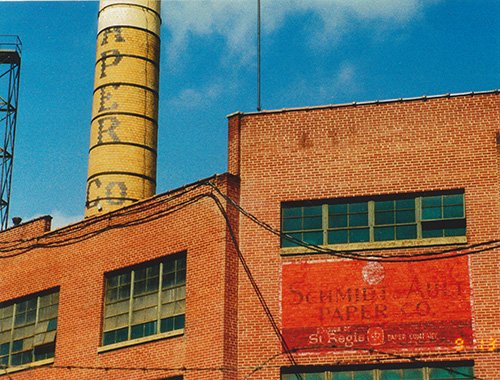 This ghost sign appears on the mill’s west side. Notice the name on the smokestack, too. 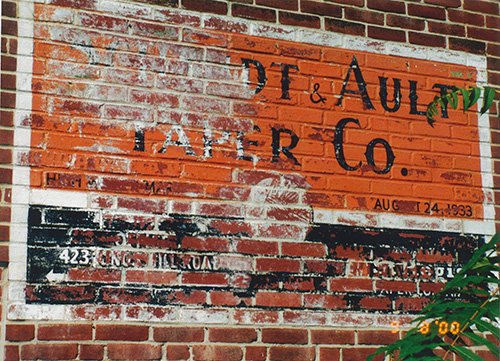 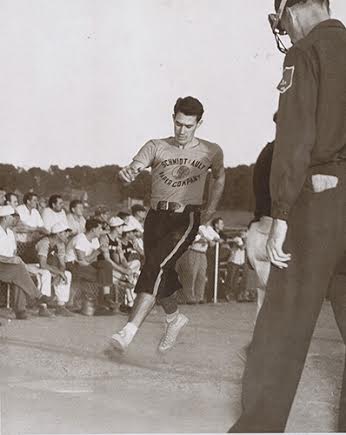 The Schmidt & Ault name appears on the jerseys of its softball team. Dale Brenner, left fielder on the team that won the 1952 Industrial league Championship, supplied a Harry McLaughlin column from the York Dispatch that lauded Henry Schmidt’s support of the team. ‘The late Henry D. Schmidt was a hero to employees at his Schmidt and Ault Co., manufacturers of paper and paperboard,’ McLaughlin wrote. 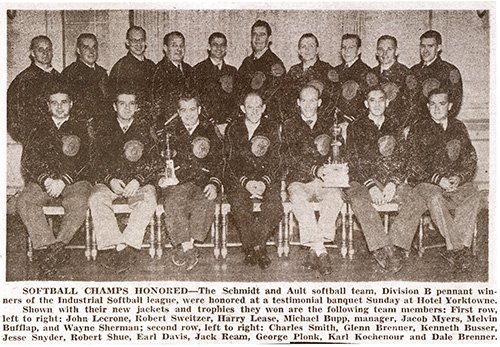 The champs, with their Schmidt & Ault patches (see below). 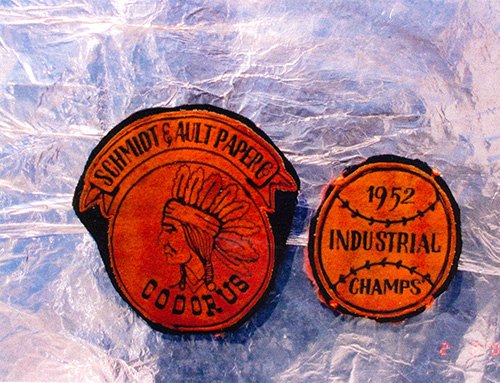 If you have photos of the sign with the flood levels on it (above), please let me know: jem@ydr.com.