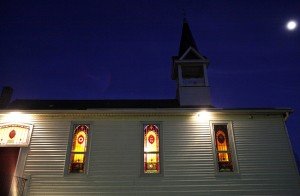 Rick Greathouse, who is on the lookout for Grothaus family information from its time in York County, provided a followup email. In that first email, he reference historian and professor Charles H. Glatfelter‘s work.

That prompted Yorkblogger June Lloyd to write the following on Facebook:

Which caused me to respond:

“June, absolutely agree. As we’ve discussed, one might think that such a distinguished gentleman – and he is that – would be imposing. But he’s wonderfully and generously accessible. My only regret is that I never had him as a student, although when you read his research, you clearly become such.”

“The William Greathouse [Jr., born 2 Aug 1748], named in those records moved to Turkeyfoot, Bedford County, PA where he rejoined his father’s family between 1783 and 1785, which coincides with Rev. Weber’s move to Westmoreland County, PA.

“Also there is the interaction between the Muhlenbergs and John Greathouse at St. Michael’s Lutheran Church, Germantown and with the Greathouses of Lancaster County, PA. A John Greathouse, parents undetermined, moved to Woodstock, Shenandoah County, VA at about the same time as Rev. John Peter Gabriel Muhlenberg accepted the call as pastor for the churches in the area of Woodstock, VA. After Rev./Col. Muhlengberg shed his ministerial robe to reveal his Continental Army colonels uniform and marched his regiment off to SC, the Greathouses of Woodstock started creating records in the churches of Strasburg, VA”

We have this to look forward to: “Gettysburg road work could bring 150th anniversary mess.”

What’s viticulturist? This story is running on ydr.com: One of Pennsylvania’s best kept secrets? Its wine industry. Under which, I put the link: “York County produced the father of American viticulture, the science dealing with the cultivation of grapes.”

Forum of the day: Exchangers are discussing York County dairies and dairymen.