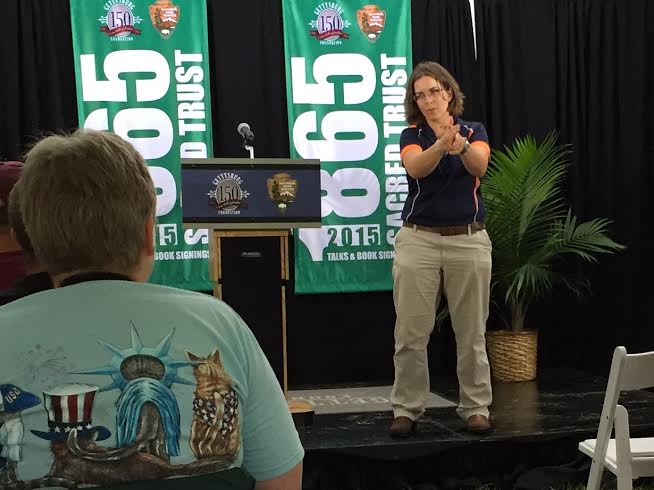 Jennifer Murray speaks on ‘ “From These Honored Dead” ‘: Gettysburg and World War II’ at the Sacred Trust’s Talks and Book Signings that concludes today. (Check out today’s schedule). The three-day annual event features big-league Civil War experts speaking on intriguing and accessible topics. The talks are sponsored by the Gettysburg Foundation and Gettysburg National Military Park. Also of interest: This post from Gettysburg151 gives a brief review of a speaker from last year, Allen Guelzo.

The Sacred Trust Talks series that coincides with the anniversary of Gettysburg has become a must-visit to the battlefield in midsummer. I’m already looking forward to next year’s presentations.
The setting is a tent on the Gettysburg National Military Park Museum and Visitor Center grounds. You get to hear name-brand Civil War historians talk on their specialties.
And it’s free.
The topics are accessible to nonhistorians. And students of history will love this, particularly those interested in Civil War issues that go beyond the always popular descriptions of troop movements and what unit bravely defended a particular position.

So, here are 6 points of many to give you a sampling of the rich material presented at Sacred Trust Talks, plus my thoughts tying them to York County:

1. Those popular photographs  of 50- and 75-year reunions in 1913 and 1938, respectively? They show bearded veterans at Gettysburg shaking hands, apparently reconciled. Those were well-scripted events designed to emphasize reconciliation and not the root causes of the war, etc. Unresolved tensions were apparent on both sides.

My thoughts: Considering recent terrible events in the South, we need to keep probing root causes. Also, people alive in York County today remember traveling to the battlefield as youngsters to observe 1938 events.

2. The battlefield was a major contributor to scrap drives in World War II, lending plaques, cannonballs and other artifacts to the cause.

My thoughts: An image that comes to mind is a World War I field piece positioned for pickup in a Spring Grove scrap drive in World War II.

3. The fields that Pickett’s men walked were home to German POWs in 1944-45. As many as 250 prisoners at the highest count worked in orchards and pulp wood harvesting late in the war. The battlefield also served as a place for military training in World War II, following a similar practice in World War I.

My thoughts: York County had a similar camp: Camp Stewartstown.

4. The idea that the whole nation was in grief after Lincoln’s assassination is overstated. Newspapers showed a range in their reaction. Some newspapers were outwardly gleeful. Others, normally opposed to Lincoln’s policies, showed sorrow. Everyday life just went on in some communities.

My thoughts: The latter – an expression of sorrow – was the strongly Democratic York Gazette’s position.  York countians did mourn, but life also went on. A circus visited town on schedule at the same time of Lincoln’s death.

5. Several talks explored the mental and physical disabilities spawned by the war, including the welcome – or lack of welcome – that veterans received in the North upon their return.

My thoughts: This brought to mind an area that demands more study: How did York County accommodate returning veterans who were disabled. The Children’s Home of York was built for orphans of Civil War vets. I wonder if the York County Almshouse or Poorhouse played such a role for the vets.

6. In the North, disloyalty  to the Union cause was punished in many communities with the destruction of printing presses, pressure exerted on pastors to pray for the president and other examples.

My thoughts: When news about Appomattox was received in York, convalescents in the U.S. Army General Hospital at Penn Park stormed the homes of people perceived to be anti-Union. Fortunately, commanders ordered the soldiers back to the hospital before real harm could be done.

And here’s a sampling of Saturday speakers and their topics: 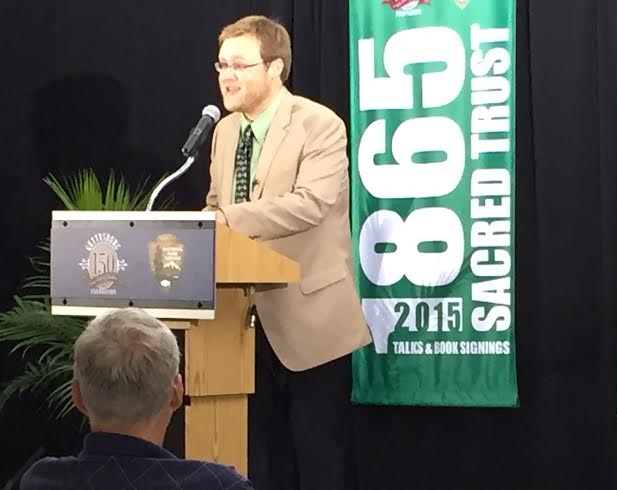 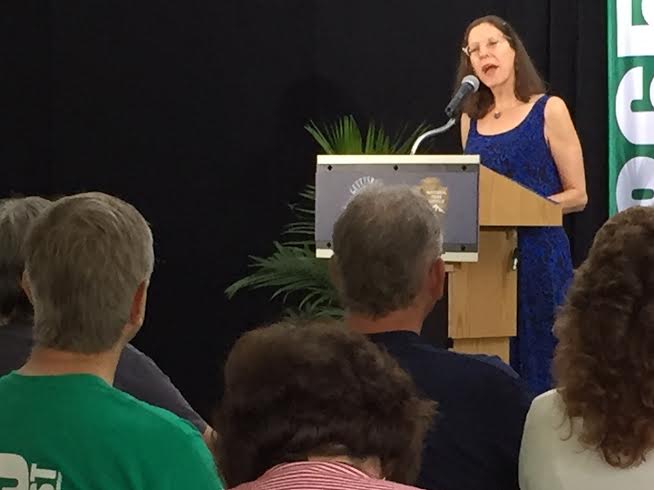 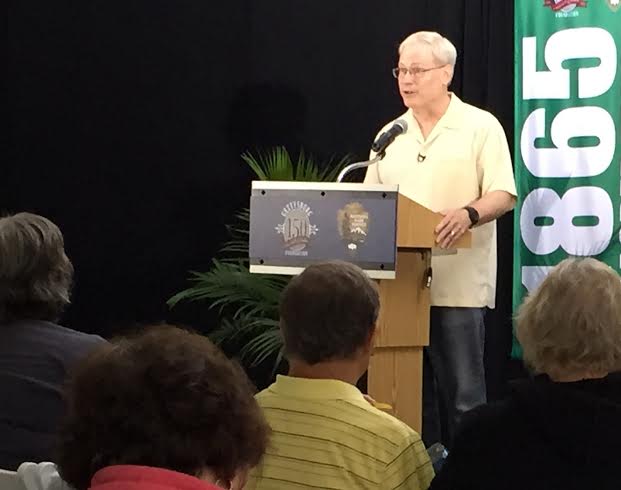 Penn State’s William A. Blair spoke on ‘The Dirty Business of Combatting Disloyalty.’