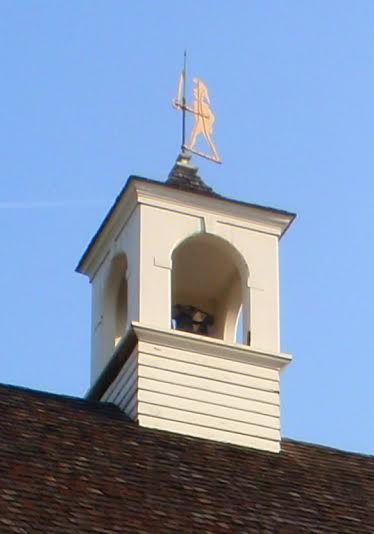 This replica weather vane atop the Colonial Courthouse replica in York, Pa., is so prominent that it’s easy to miss. Dianne Bowders captured ‘the Little Man’ and told a bit about it original. Two questions: Where is the original displayed? And can you ID the location of another such replica around York? Also of interest: More about the original weather vane, also called ‘The Little General.’

Check out Dianne Bowders short story about the “the Little Man” below: 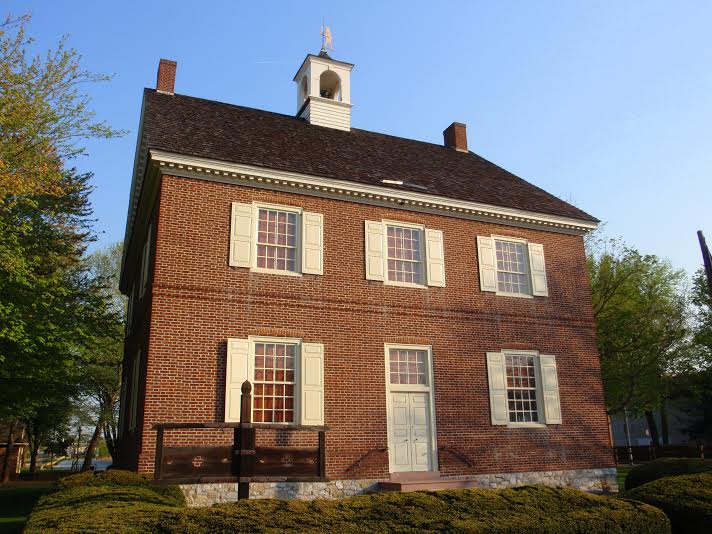 The original weather vane is displayed at the York County Fire Museum, like the Colonial Courthouse operated by the York County Heritage Trust. Check out these stories and photos about York County in the American Revolution.

The weather vanes atop the Colonial Courthouse and the tower of the Rex-Laurel firehouse, York, PA, represent Casimir Pulaski, a Polish nobleman and soldier of fortune. The silhouette is called “the Little Man,” perhaps referring to his short stature.

Pulaski met Benjamin Franklin while in Paris and was recruited to the cause of the Revolution. While in York, PA, his efforts to organize a group of militia were met with less success. He recruited no more than 20 men.

Despite his lack of success in York, he formed the “Pulaski Calvary Unit”, largely from Baltimore recruits, and following the 1777 Battle of Brandywine he became known as “The Father of the United States Calvary.”

Pulaski reportedly saved the life of George Washington and was later promoted to General in the Continental Army. Additionally, he is one of only 7 to be awarded honorary American citizenship. 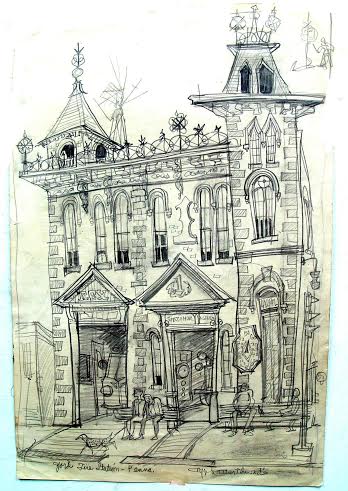 The association of the weather vane with the Laurel comes from a longstanding story that Laurel firefighters rescued the artifact when the original courthouse, in York’s Centre Square, was torn down in 1841. Here Cliff Satterthwaite captures the vane atop the Laurel some decades ago. 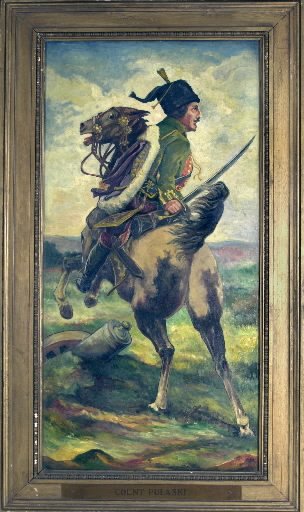 This 1927 painting Count Casimir Pulaski was one of 16 hanging around town in the celebration of the 150 anniversary of the adoption of the Articles of Confederation. It also is part of the York County Heritage Trust collection. Interestingly, the count’s deeds in the American Revolution received new life from a non-relative named Pulaski, a main character in Timothy Egan’s best-selling non-fiction work ‘The Big Burn.’ Ed Pulaski was a heroic ranger for the fledgling U.S. Forest Service who enduring the major fire in Idaho and surrounding states in 1910.

Also:
All York Town Square stories and photos from the start.