Glen Rock’s Ruins Hall: What was on that site that became ruins? 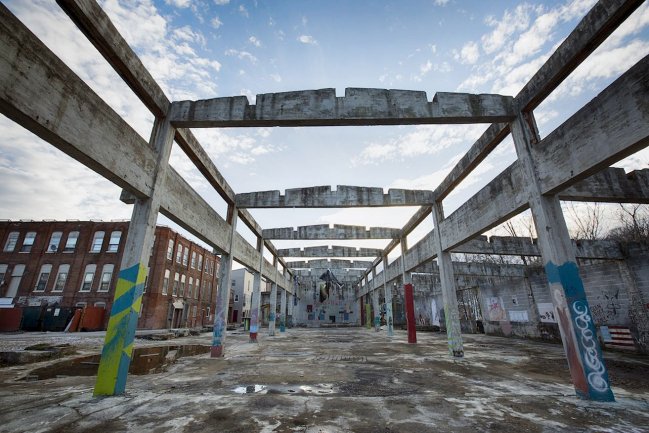 Ruins Hall is a new event venue in Glen Rock, Pa. In fact, such an event is schedule for Saturday, May 30. That’s the Glen Rock Arts and Brewfest. ‘The concrete structure (of Ruins Hall) lends itself to being a good event space for block parties and live music festivals,’ an event organizer told FlipSidePa. So a question that emerges: What was on this site that became ruins? (The photos and story below provide the answer). Also of interest: PeoplesBank’s story: 4 Glen Rock photos cover 150 years of banking.

When events at Ruins Hall in Glen Rock started appearing in the news, the question arose about what used to be on that site.

So, we went to the go-to person on Glen Rock history, John “Otts’ Hufnagel and the Glen Rock Historic Preservation Society. And as always, Otts came through, as this narrative indicates: 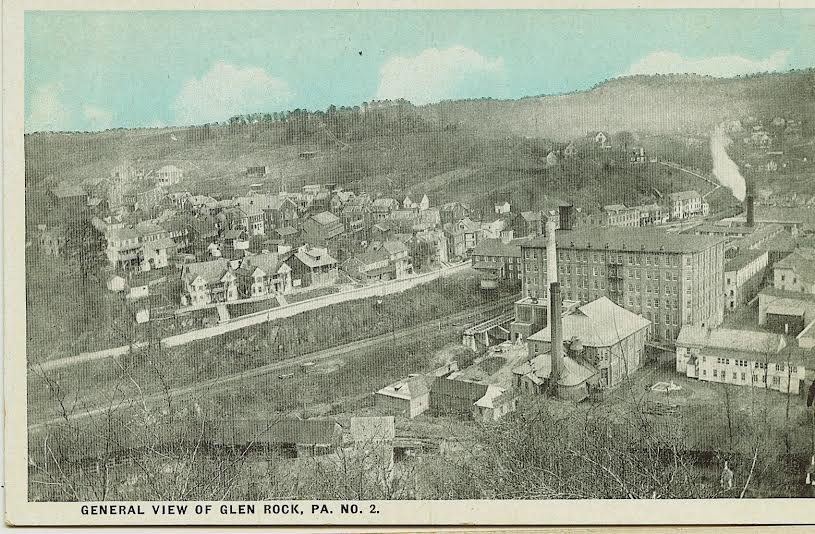 This photo, circa 1912, shows the buildings used by the Enterprise Furniture Co. At this point, the building that became Ruins Hall is not in the picture. (See photo below). But this gives a view of the activity in that part of Glen Rock a century ago.

“In 1901, Wesley Koller built the six-story Cosmo Carriage Company building at 46 Water Street next to the railroad tracks. Things seemed to be going well for Cosmo, but in 1904 the company declared bankruptcy. On May 18, 1904, G. W. Geiple along with four other partners, incorporated the Enterprise Furniture Company then located at 29 – 35 Hanover Street. Those four being: Jesse B. Sweitzer, Isaiah J. Young, Flavel Seitz and Uriah S. Dise. Each partner got 60 shares with a par value of $100.00 each for a starting capital of $30,000.00. With the closing of the Cosmo Carriage factory in 1904, the Enterprise Furniture Company saw an opportunity to expand, and they relocated to the former carriage factory.

“As mentioned earlier, the Enterprise was very successful and the decision was made to enlarge the factory to keep up with demand. This success was still with them into 1907. In January 1907, the firm set a record by shipping 23 rail car loads of furniture during the month. This record did not stand long, because during February 1907, they shipped 24 carloads during the month.

“By 1930, James Seiling was listed as president of Enterprise Furniture. The Company attempted to increase sales by leasing display space in various locations. In June 1930, they leased space in the American Furniture Mart Building located in Chicago. From June 1931 through December 1935, they contracted to lease space in the New York Furniture Exchange – 206 Lexington Avenue – New York.

“The 1934 report filed with Harrisburg still listed James Seiling as president, but the numbers indicated things were not going to well. The report stated the number employed was only 68 including the 7 office people. By October 1934, the Enterprise Furniture Company had filed for reorganization under 77-B of the National Bankruptcy Act.

“The Enterprise never recovered and in 1937, Tom C. Coleman bought the business and opened under the name of Coleman Enterprise Corporation. Coleman manufactured dinning room and bed room furniture and developed there own line called Kenbury Masterpieces. Even though a lot of their furniture was shipped to New York, Coleman’s had a showroom on their second floor. In the mid 1950’s, the management of the business was being handled by Tom Coleman’s nephew, Harry Altizer.

“By 1967, the Coleman Furniture factory was having a tough time financially and the business was sold to Yorktown Kitchens, who engaged in the manufacturing of kitchen cabinets. About 1969, Yorktown stopped furniture production in Glen Rock, but maintained an outlet in various buildings on the property until July 1987.

“In 1980, Cecil Artrip bought the Enterprise property and proceeded to renovate the property by removing the top three floors in November 1980.

“During the renovation by Artrip, the various buildings behind the 6 story building were removed. This may have been due to deterioration of the buildings from 1969 to 1980. The building in question, ruins hall, was dismantled, except for the cement columns which you see today.” 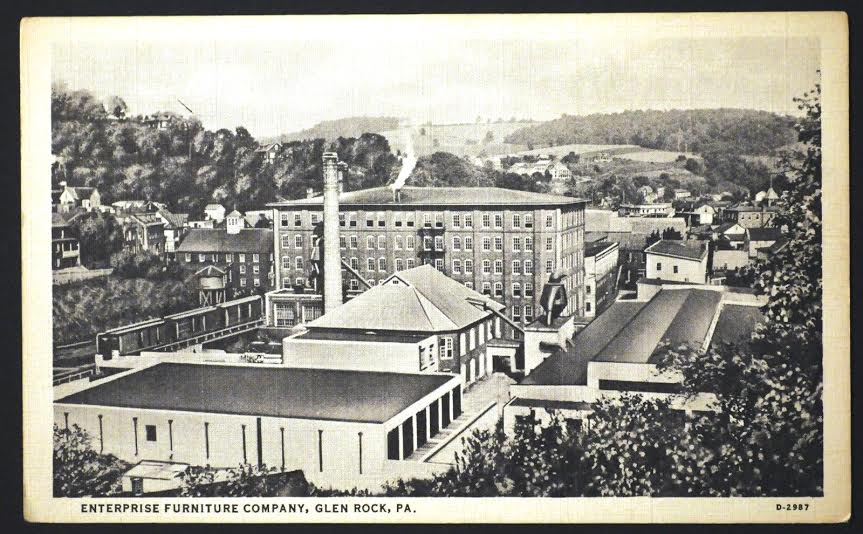 The year is circa 1937, and Coleman Enterprise is now in the picture. Ruins Hall is the long roofed building to the right. The railroad to the left, the old Northern Central Railway, now provide the corridor for the York County Heritage Rail Trail. That’s the Glen Rock Mill Inn next to the railroad in the left part of this photo.

Glen Rock has one of York County’s most walkable downtowns.