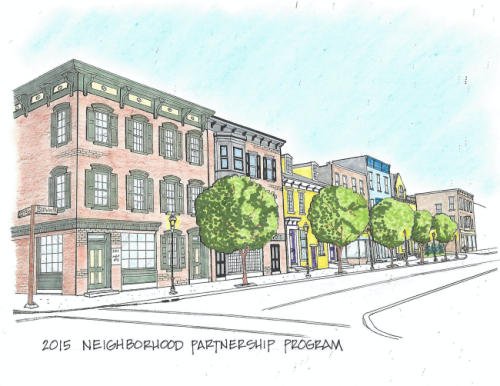 The stories just keep peeling off the press – and appearing online – about Royal Square Development’s projects around the city. The most recent proposal calls for beautification in Royal Square’s original district in and around Duke and King streets. Last week, Royal Square made the news because of its acquisition of some WeCO addresses. Before that? The acquisition of the Woolworth’s building and others nearby. Also of interest:  The name’s Bond. Bond Building. Will it have a productive future?

Fixing York PA is an open Facebook group that provides residents in and around York with a forum to discuss what works – and needs work – in the city. This is a lightly edited discussion from that forum that touches on the then and now in York City: 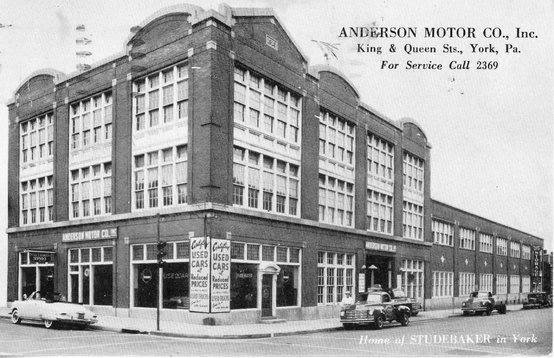 When The Bond was a car dealership. Photo courtesy of Greg Halpin.
+++
Me: My photo story about original Royal Square neighborhood appeared in York Sunday News today. Its main photo: The Bond when it was a Studebaker dealership. I would just say that they don’t make facades like that anymore!

Terrence “Dutchie” Downs: Tom Feninez – pic of corner that is now parking lot. Jim – might you in your YorkBlog cache have a photo/pic of the old Helb Brewery that was on the NW corner of this site? 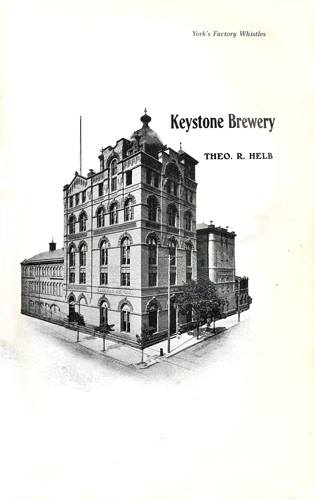 Me: Here it is, plus a little background. Imagine the Royal Square district if this building stood there – and the York Collegiate Institute and City Market. I’m sure you’d agree that’s in the past, but it informs efforts for a better city today. We must guard against undue demolition of architecturally significant buildings. Such community support, I’m convinced, saved the old Trinity United Methodist Church, not far from Royal Square.

Downs:  I can imagine (regrettably, that’s all one can do now!). Many of York’s unique edifices took a hit, such as The Pollack Building just across from the present-day York County Administrative Center (or The old Courthouse for pundits such as I), and 600 block East Market, the site of Colonial Florists (up from M.A.R. Clayman, the florist) was a log structure that housed their store. And… there’s a lonely late Colonial sitting idle & deteriorating across from St. Mary’s Catholic Church. Yes, we need a stronger vanguard in York!

Bill Kling: I attended the York Computer Institute in the Bond Building around 1967/68..

Downs: Ah yes Bill – before the days of The Carpetman…

Me: Considering the number of significant buildings that came down to provide parking or vehicle services, one can conclude that the pressure from retailers in the suburbs was so intense that we resorted to pragmatism – or desperation. We undermined some key parts of our past – and our future. So to use a cliche, we must measure twice before we cut down our antique buildings in the city and all parts of YorkCountyPa. The image shows York Collegiate Institute and York City Market, just up the street from Royal Square, victims of the wrecker’s ball.

Downs: I was alive (a toddler) when they stood, but cannot remember either, though both were gems.