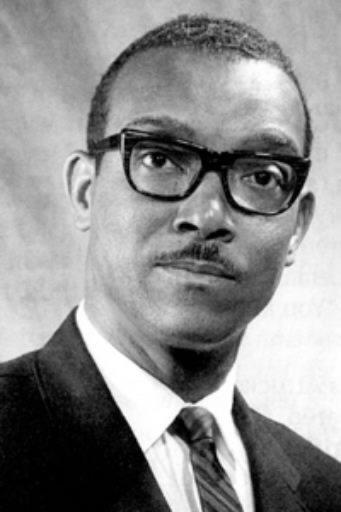 About a dozen people attended Roy O. Borom’s swearing on York’s City Council in 1974.
Borom is believed to be York’s first black city councilman. He had come to York as head of CA six years before… .

Wm. Lee Smallwood was elected to city council in the late 1970s, the second black man to serve. Ray Crenshaw later served on council.
Roy Borom is part of a large group of black people from York County who have achieved on the local and national stages. The York Daily Record/Sunday News has developed profiles and published them in the daily and in Newspaper in Education publications for distribution to York County schools.
(If you’d like a copy, e-mail me your address and I’ll mail it out.)
A York Daily Record/Sunday News profile of Borom (4/30/02) follows:

When Roy O. Borom came to York in 1968, he was greeted by racial tension and unrest.
He moved to York from Baltimore to take a position as executive director of Crispus Attucks Association. With him, he brought years of experience in education and social work.
As the center’s new executive director, he faced opposition from groups — both black and white — that questioned the legitimacy of the association and its programs. After he was hired, he made a strong statement about the future of the association.
“I believe in a community in which human rights and human dignity exist for all persons, equally, and in which full integration in every area of community life flourishes,” Borom said.
“But I know that this ideal society, which is so far from being a reality, is a concept which is being tested and that those who feel that integration holds no promise or hope (both black and white) may be successful in converting our society into an apartheid in this country — two separate, bitter worlds.”
Borom died in 1987, but not before becoming a York City Council member, York City Planning Commission member and a member of the Penn State Advisory Board.
In his obituary, his last wishes were that memorial contributions be sent to the community center on South Duke Street that was part of his life’s work in York.
How is Borom remembered in York?
He’s remembered for his work at Crispus Attucks and in education, said York attorney Henry Leader, a partner with Stock & Leader. Borom’s tenure was a turning point for the association, and he was one in a series of people who helped make the association’s leadership professional, he said.
“He was a highly accomplished and productive human being, and he did it at a time when it was difficult for African-Americans to achieve in areas that historically in America had been completely dominated by whites,” Leader said.
With Borom at the helm, the association created a number of programs, including an early learning center for children that was recognized by the state and run by his wife, Dolores Borom.
Who or what inspired him?
The father of two, Borom had a deep commitment to the role of education and the achievement of life goals, said York activist Dorrie Leader. He earned a bachelor’s degree from Wooster College and a master’s degree from Western Reserve University, both in his native state, Ohio.
When in Maryland, Borom was assistant chancellor of the University of Maryland, Baltimore County campus. He also was a delegate to the Maryland Constitutional Convention and a member of the Prisoner’s Aid in Baltimore.
What would he think of York today?
Borom would be thrilled to see the extent to which his vision for Crispus Attucks Community Center and its role in York has been realized, Dorrie Leader said. He’d be disheartened to see how much lies ahead to be accomplished and encouraged by the growing leadership of black people in many areas of our community, she added.
Is there anyone following in his footsteps?
Borom was unique as a leader because of his determination to cross lines, to be inclusive and work with everyone, she said.
“He was also a person who could relate to everybody,” Dorrie Leader said, “at least I thought that way, in all parts of the community.”

For a wealth of information on black history in York County, see: http://www.ydr.com/blackhistory.