Roundtown in Manchester Township, York County, Pa.? Where did that come from? 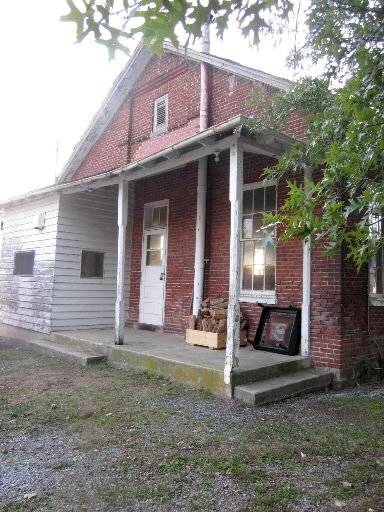 In probing Manchester’s Township’s past in the recent post Pottery put the other Foustown – the one in Manchester Township – on the map, Roundtown’s name popped up. That’s the village between Foustown and Emigsville, kind of.
Roundtown?

“The Gazetteer of York and Adams” says the settlement, three miles north of York on the Lewisberry Road, was originally was called Stareville.
George Prowell’s “History of York County, Pennsylvania” says it gained its current name because its houses were built nearly in a circle.
Most people today know it because of Central School District’s Roundtown School. The community has played host to a school since at least 1884.
Lutherans worship there at Grace Church. That church, built in 1892, was a union congregation, housing both Lutheran and German Reformed congregations until the 1950s.
Cigar rollers, busy in many communities around York County at the turn of the 20th century, worked in several Roundtown factories.
Roundtown sparks memories for the grandchildren of Helena and Lester Crone, as indicated by the following article on aprons published in the York Daily Record/Sunday News (4/1/07):

Aprons bring back memories of my childhood and holidays at my grandparents’, Helena and Lester Crone, house, which was in Roundtown (Manchester Township). Grandma always had an apron over her dress, and we were forever asking her to sit down and eat with us, but she always needed to make sure that all of us had everything we wanted or needed. Holidays were a gathering of at least 25 people and the only time Grandma broke out the good china and silverware. Since they had no dishwasher, everything had to be washed and dried by hand. The job was usually executed by my mother and aunts while the men sat in the basement. I’m not sure what the year was or who came up with the idea, but me and some of the grandchildren decided to give our mothers and grandma a break and do the dishes. We found grandma’s apron stash, put them on and surprised them. I remember having many supervisors, especially one at the kitchen table who still had her apron on.
– Douglass Kauffman, York Township