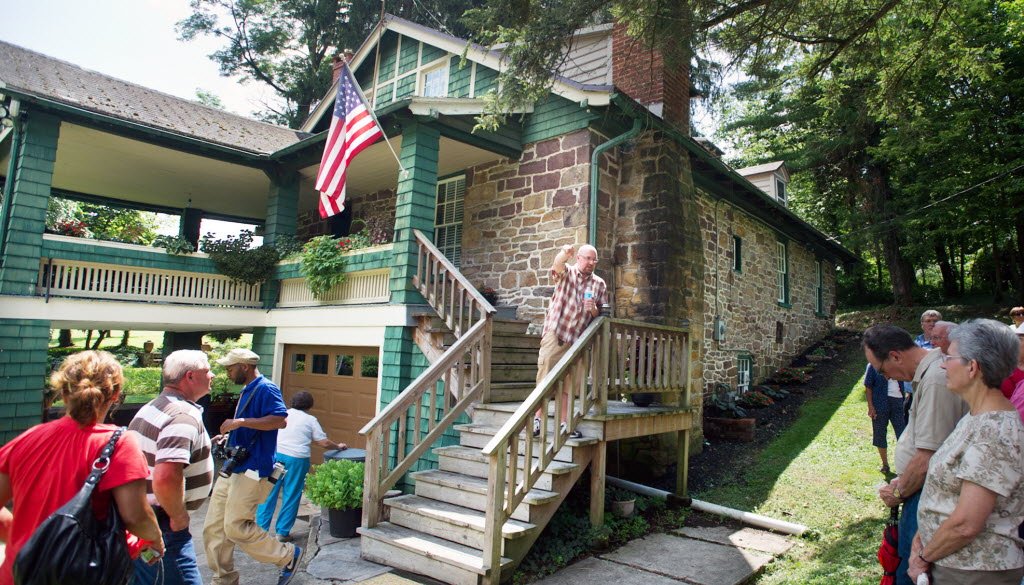 Organizer Blake Stough, seen here guiding a tour at last year’s initial Preserving York picnic, is putting forth Round 2 at the Manchester Township, Pa., estate. The 2013 Preserving York Annual Benefit – Building Community Through History is set for Sept. 22 at the same site. Preserving York is a grassroots group of people who love history. Blake Stough, its convener, aggregates these interests via  a Preserving York blog, FB and other social media. The picnic represents a transition of enthusiasts from a virtual community to an actual community. Also of interest: Using history to create community a modern trend. 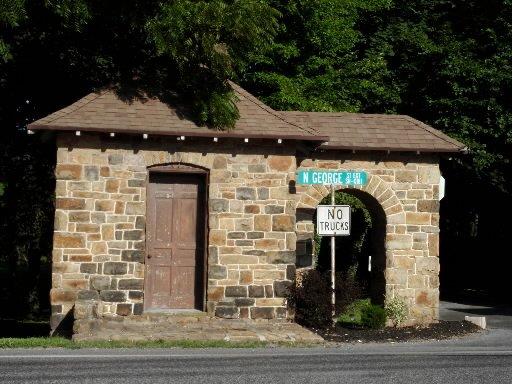 You might not know where Shady Lane sits, but you know these gates between Emigsville and Manchester. They lead to the estate, a former distillery site. Also of interest: Beautiful Shady Lane beautiful even in the rain.

Charlotte Shearman represents Woodhouse, the maker of Baracuta jackets in the UK.

She saw a York Town Square post on the jackets, so popular around York in the 1970s, and that prompted her to write:

“May I first say how great I think your website is – being from England I don’t know much about York (although coincidently my parents live near York here in the UK which is also steeped in some great history!) and I found your website to be interesting, informative and something a little different. I love finding out about the history of things and particularly liked the post featuring the old postcards from the York County Fair!

“I came across your website whilst researching for Baracuta and noticed that you had mentioned the brand in this post. It was fascinating to read about The Harrington from an American perspective and even better to see a British import being so integral to fashion in 1960’s Downtown York! The reason for my email, aside from saying how interesting I found your website, was to make you aware of this article from my client. I wondered if you would be interested in adding it as a link in this article as it would be a great extra resource for your readers. The article features a really great history of the “Harrington” jacket – from a British perspective – and discusses where it has come from, where the style is going and some of the iconic artists who have worn it over the years. It really is a great piece and I think it would be of great interest to your readers to include this from a British perspective!”

I added the link, appreciating the knowledge that the jacket is still around and still popular!

Camp receives cash: Friends of Camp Security recently received a $3,500 donation from M&T Bank for preserving a Revolutionary War prison camp, according to a ydr.com story. Check it out: Camp Security.

Here’s an interesting twist.  New York College of Pennsylvania prez Pamela Gunter-Smith, tells freshman at YCP that she’s a freshman, too. Interesting that Dr. Smith comes to York at a time that the chiefs of other institutions are changing hands: Penn State York has an interim leader. WellSpan has a new CEO, among others.