Rosie the Riveter toiled in the Civil War, too 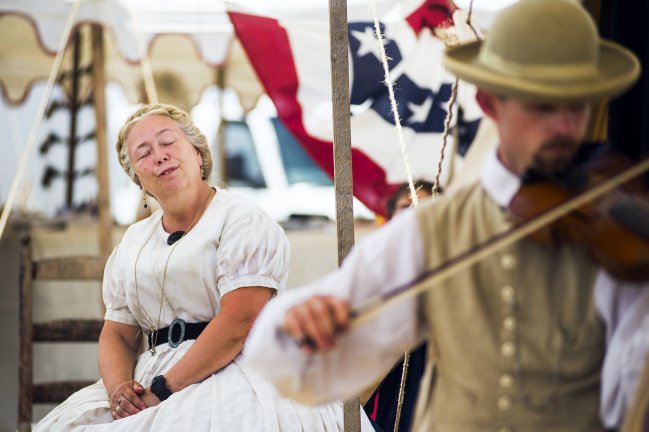 Women living in the Civil War era are getting their due in the popular re-enactments in Gettysburg and elsewhere in these 150 years of the war observances. One re-enactor in Gettysburg for the 151st anniversary of the battle likened Civil War contributions to those of ‘Rosie the Riveter,’ that symbol of women who worked on shop floors in World War II. ‘Women could be found working the fields, serving as nurses, sewing uniforms in army depots and laboring in the Christian Commission,’ the re-enactor told the Evening Sun in Hanover. ‘And all of this was in addition to running a household, raising children and managing finances, she added.’ This scene comes from the re-enactment in Gettysburg over the weekend.The stories of contributions of women in York County have been told told in essays such as this one:  Civil War affected women in York County – and vice versa. And fortunately, accounts continue to surface. For other Evening Sun coverage from this past week, see 151st. Also of interest: Civil War affected women, Part II. 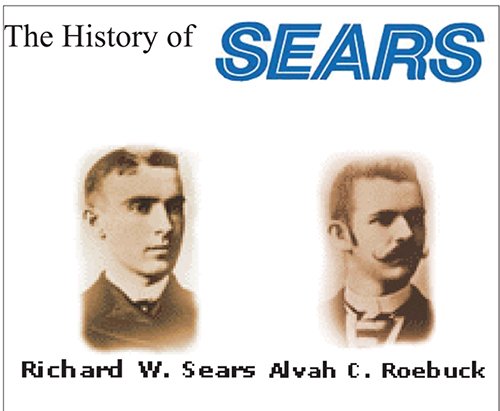 About 100 years ago, if you wanted a house, you could mail order it … from Sears. Some of these Craftsmen houses stand in York County today and will be the topic of a future newsletter from the Codorus Valley Historical Society. This image came from the recent society newsletter, which tells how purchases through Sears eliminated the middle man and lowered prices. So Sears served as a kind of prototype of Amazon.

Did you know about this bird’s-eye view? 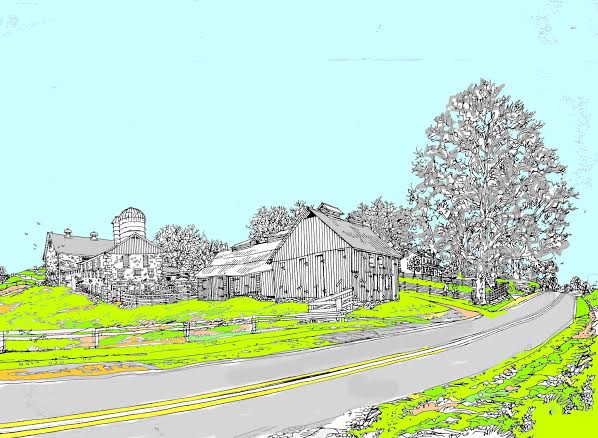 Artist Cliff Satterthwaite could not quite recall the farm site he captured years ago. It might in in Lancaster County … or York County. ‘(A good Mystery)’ he wrote.