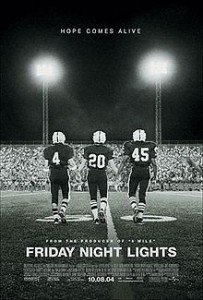 Roland F. Seitz (1867-1946) was a York County, Pa., native and composer of marches who is remembered today. One of the pieces he wrote and arranged, ‘Grandioso March,’ appears on the ‘Friday Night Lights’ soundtrack. Background posts: Long Level and Pleasureville fielded bands?, York County (Pa.) community bands played on and The night the furnace ‘blew’.

Roland F. Seitz is internationally known as the “Parade Music Prince”.
His “Grandioso,” “Salutation” and “Brooke’s Chicago Marine Band” are well-known pieces.
He’s an achiever may be better known nationally than in his native York County, where he grew up on a Shrewsbury Township farm.
That said, local community bands continue to play his pieces… .

Seitz’s long life spanned from the post-Civil War era to the World War II era. His prominence was on the rise when George Prowell issued his 1907 history of York County. So Prowell placed him well back in Volume II, the biography volume.
Subsequent historians have done little with him, either.
Here’s a thumb nail bio, excerpted from Prowell and the University of Alabama at Birmingham.
He attended Fissel’s School , a one-room building, near Glen Rock and then worked for the Glen Rock Item for five years.
He trained in music at Dana’s Musical College in Warren, Ohio, and then returned to Glen Rock where his compositions were spurred nationally via his expertise in publishing sheet music. At the same time, he was leader of the Glen Rock Band, which gained a considerable national reputation.
Seitz’s sheet music business carried compositions from other prominent composer before it was purchased by Southern Music Company in 1964.
History remembers him best, according to UAB, for his “stirring and melodic marches.” He composed 50 published marches and six went unpublished.
UAB notes that “March Grandioso” has a minimum of melodic lines so that when played by a marching band of 200 or 300, the unison strains can be heard far away. Perhaps that’s what attracted the “Friday Night Lights” producers.
Perhaps the New York Wire Cloth Factory Whistle, “the world’s loudest music without amplification from a non-musical instrument” should take a whack at “March Grandioso.”
People in Delta might hear that.