Rita Mae Brown in York for Camp Security fundraiser: ‘We lose our history so fast in this country’: Linked in to history, 4/18/13 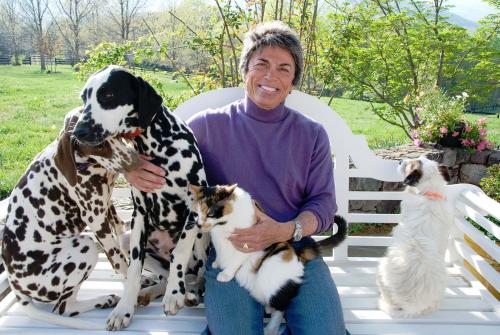 Noted author Rita Mae Brown will return to her home county of York, Pa., as part of fundraising efforts for acquisition of the Camp Security site. Springettsbury Township’s Camp Security was a British POW camp in the American Revolution. Brown is author of  ‘Rubyfruit Jungle,’ and a series of mysteries. “We lose our history so fast in this country,” the Hanover native told the York Daily Record/Sunday News. She will see the artifacts associated with the camp at a private reception Friday night. The artifacts will be available for the public to see on Saturday at the York County Heritage Trust. Also of interest: York County’s British POW Camp Security was not that secure, drawing shows .

Here’s a query from a reader:

“I have always been interested in this bizarre part of our local past. In searching for a copy of the book used by Powwowers, I came across a very old copy of the book at The Midtown Scholar book store in Harrisburg. It is a locked case on display. No one was able to assist me at the time to get a good look at it, but I plan on going back to do so. It is not for sale. I would love to get my hands on a copy. It is a very small book. I have read the entire contents on line. Very interesting especially keeping in mind that just 2 generations ago people actually relied on this book for everyday guidance.

My response was that reprints of the book are readily available on Amazon.

Then I added a plug:

If you want to know more about the Hex murder, Ross McGinnis, who wrote “Trials of Hex’ and believes he has Nelson Rehmeyer’s personal copy of LLF, will be presenting on the Hex murder on Saturday in Glen Rock at an event sponsored by the Glen Rock Historic Preservation Society.

Old guard: Here’s an interesting story about a York countian who was at one time the oldest living guard of the Tomb of Unknown soldier at Arlington National Cemetery.

Civil War 150th: And another interesting story, this from the Civil War courtesy of the Chambersburg Public Opinion.

On May 26, 1913, 70-year-old Peter Guibert took up his drum, stood at the Allegheny City Hall near Pittsburgh, and beat a tattoo on the drum he had played while serving as drummer boy for the 74th Pennsylvania Infantry during the Battle of Gettysburg.

Then he turned and headed to Gettysburg for the big celebration of the 50th anniversary of the battle and reunion of survivors who were still able to travel.

He was on foot.

Newspapers in Chambersburg and Gettysburg reported his arrival in the area. He arrived in Gettysburg on June 13 after a journey of about 200 miles. On May 26, Jim Smith will stand at the Allegheny City Hall and beat a tattoo on Peter Gilbert’s drum and set out for Gettysburg. Just like the original, he will make the trip on foot.