Revised map of York, Continental Square provides snapshot of how far we have come 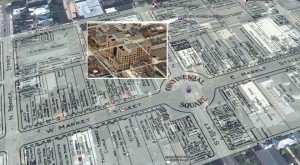 York consultant C.S. Davidson’s reimagined map is an almost 80-year update of a hand-drawn map of York’s square in 1933. (Click on this map to enlarge or see larger version below. Also see original map below.) Also of interest:  A 1960s view of Continental Square from the air and The art and soul  of York from the air and How one spot in York County tells much about what is going on around there.

A Gordon Freireich column in the York Sunday News about a C.S. Davidson-produced map of York’s Continental Square in 1933 was a talker, as we call such high-discussion stories/photos in our business.

And now C.W. Davidson has come back with a reimagined map – reminding one of  3-D – of York’s Continental Square and elsewhere in the city.

“Several weeks ago, columnist Gordon Freireich presented a map of center city York, compiled by C.S. Davidson in 1933, that demonstrated just how dynamic the heart of the community was in that era.

“Freireich called the hand-lettered map – which identified almost 200 commercial properties with a smattering of private residences in the four-block area – an “amazing artifact,” and we agree.

“After seeing this snapshot of our city’s – and our company’s – history from nearly 80 years ago, we thought we’d explore how this map might look today, given not only downtown’s current business roster, but also C.S. Davidson’s new technologies.

“Today, rather than drawing our maps by hand, C.S. Davidson uses technology like Google Maps and Google Earth to build a geographic information system (GIS) for creating, managing, analyzing and visualizing the data associated with developing and managing infrastructure. The map then becomes an interactive multi-layer tool that allows us to delve deeper than a 2D map ever could.

“We invite you to visit www.csdyork2012map.com and explore our reimagined map of downtown York today, where we believe you can still feel the pulse of the city beat.

“Perhaps the largest change the downtown landscape has seen?

“The building of Sovereign Bank Stadium on George Street.

“And soon we’ll be making way for new additions like the Marketview Arts Center on Philadelphia Street, the Good Dog Taproom in the historic National House and the Cherry Lane Food and Vendor Court on Market Street.

“The footprint of our city may have changed, but the variety, quality and uniqueness of the businesses in our downtown have not.

“At C.S. Davidson, we’re proud to call downtown York home and to have grown and changed along with our city. From hand-drawn maps in 1933 to three-dimensional technologies in 2012, we continue to demonstrate our commitment to civil engineering excellence daily and have developed a reputation for delivering a broad range of the highest-quality professional services possible.

“We’d like to say thank you to Gordon Freireich for submitting that wonderful piece of downtown York’s (and C.S. Davidson’s) history and for reminding us how far we have come.” 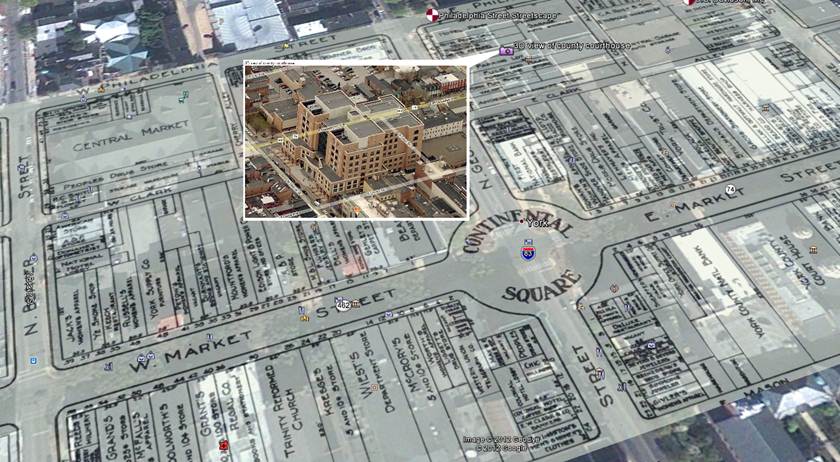 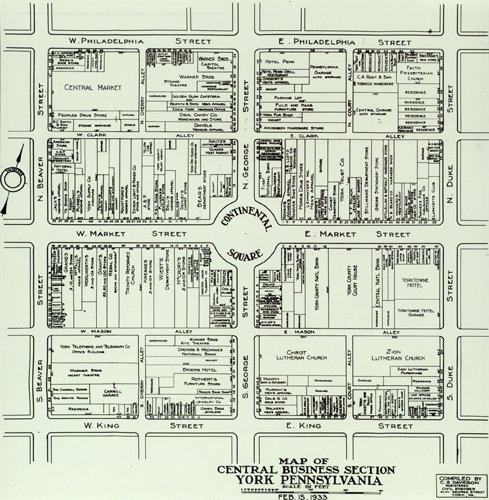