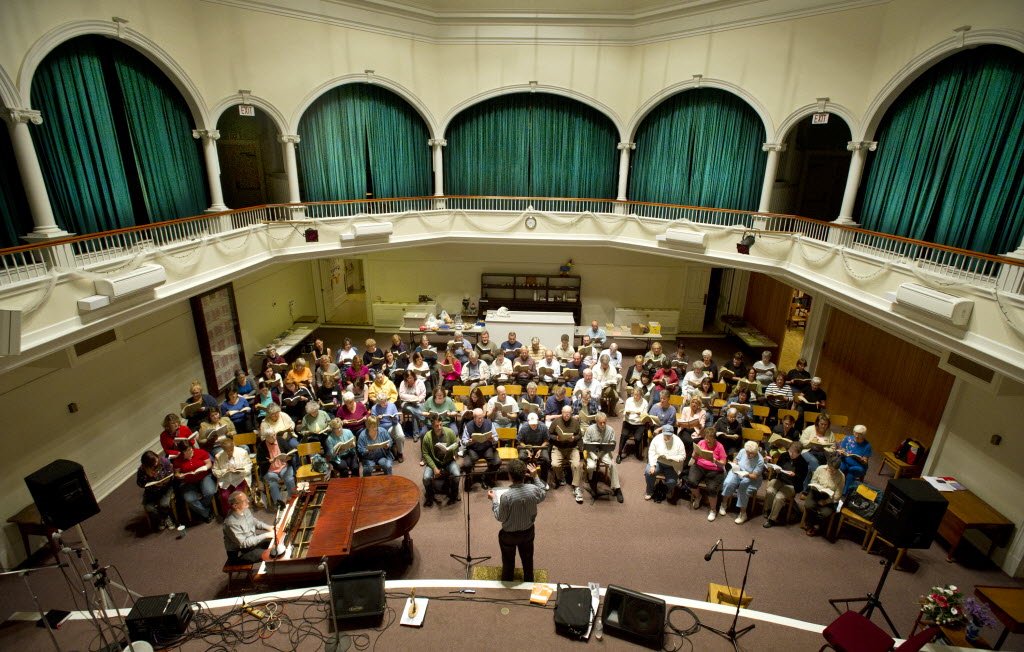 Ydr.com’s ‘Remember’ series profile on the York Symphony Orchestra was insightful. And this photograph of the York Symphony Chorus also adds to the picture of the work these musicians undertake to entertain their audiences.The York Symphony Chorus’ practice venue, Heidelberg United Church of Christ, specifically its Sunday school room, also offers instruction. Many area churches have large Sunday School spaces behind their sanctuaries – Zion United Church of Christ in York and Mount Rose United Methodist Church are just two examples. And in many churches, Sunday school attendance has declined leaving those spaces a little empty. In Heidelberg’s case, the Sunday school area is being put to good use during the week. The chorus rehearse there every Monday evening from September to April. The ‘Remember’ story reminds us that its season’s highlight is the performance of Handel’s ‘Messiah.’ Also of interest:Musicians hawked tickets for first YSO concert.

The Gettysburg Museum of History received some criticism after highlight some people of renown who others may not consider historical: Elvis, Marilyn Monroe etc. So the museum post the following on its Facebook page in response:

“In response to the previous thread that has “gone viral”. When we decided to create a 20th century pop culture exhibit we selected several people to focus on. Elvis, Marlyn Monroe, John Wayne, and a few others. I really can’t believe this would actually “upset” or “irritate” a few people. That is really just blowing me away. Also that some people are so divided with American politics that when some see our Ronald Reagen items they get mad or on the other side if they see FDR or JFK they get mad. Are we really that divided as a nation? We exhibit artifacts from each U.S. president. We happen to have several from JFK because we were fortunate enough to get the Evelyn Lincoln collection! This is great lesson on how divided our county really is 150 years AFTER the Civil War! I think I might start an exhibit on this lesson……no maybe not I might “upset” someone!”

Nice to see folks get stirred up over history, now and then. Discussion prompts learning.

Point to ponder: Yorkblogger June Lloyd asks: Could an army cross the Susquehanna at Vinegar Ferry?

Medal of honor winners to be honored: Gettysburg will host a convention of living Medal of Honor winners in 2013. And the town is preparing for that big event.

History threatened: Vintage theaters such as the Majestic in Gettysburg face high costs to update their equipment to digital.

Forum of the day: Sometimes a town can be associated with bad news, such as the animal cruelty case near East Berlin: . That shouldn’t detract from the goodness of a neat and tidy East Berlin. Have you been to the shops and restaurants in East Berlin recently? Thoughts about this town? Please comment below. Background: Tiny East Berlin preserved in mighty way.