Remember Cameron Mitchell? He was from here. So was Rhodes Scholar Bruce McClellan. Linked in with neat York County history stuff, Nov. 16, 2011 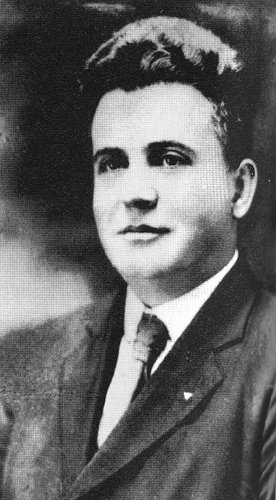 Before Hollywood star Cameron Mitchell became internationally known, people in York County knew him as Cameron Mitzell, son of the Rev. Charles M. Mitzell, seen above in a picture from Bob Ketenheim’s “Around Shrewsbury.” Cameron graduated from high school in nearby New Freedom, when his father served as pastor of what later became known as Shrewsbury United Church of Christ (see photo below.) Cameron Mitchell made 159 movies and two TV series and is best remembered as Buck in TV’s ‘High Chaparral,’ Ketenheim wrote. Mitchell is arguably the most accomplished of all the entertainers who have spent considerable parts of their lives in York County. Anyone diagree? (You can see a photograph here of  Cameron preparing for a York County performance.)  Also of interest:  Stand-in stole show in YLT’s “Inherit the Wind” and  Bomb group seeks York County native and Hollywood star Cameron Mitchell’s WWII info.

Some information about Bruce McClellan, a Rhodes Scholar and educator from York County who died in 2008, appeared in a recent yorktownsquare.com post and in my York Sunday News column.

His wife of 62 years, Mary Elizabeth Wisotzkey McClellan, got in touch after that with some enlightening and fun information:

“His name for himself was TEACHER. Perhaps you could do a piece on favorite York County teachers. I would be interested in information about the other 3 York Countian Rhodes Scholars, dates, colleges at Oxford, who they were, what they did.

“I have replaced Bruce as secretary for his class of 1947, year of entry at Oxford, but I was unaware of these three men.

In a subsequent email, MaryLiz gigged me a bit (and justifiably so) for something I wrote:

“I was going to twit you a bit about your saying Bruce had been HeadMaster of Lawrenceville “for a time.” 27 years is a long time, though not the record even at Lawrenceville.”

Recommended event: A news release from the Farnsworth House tells about a Saturday event:  The business will unveil an oil painting “We Have Come to Dedicate” in the new Adams County Arts Council Arts Education Center, 125 South Washington Street in Gettysburg.

The dedication is set for 10 a.m.-noon on Saturday, Nov. 19. “The painting depicts President Lincoln riding a horse in front of the Farnsworth House on his way to deliver the Gettysburg Address,” the release states.

The unveiling ceremony is free, and Waynesboro artist Larry Selman will be there to meet folks.

Forum of the day: Yuck. The historic Yorktowne Hotel is back on the sheriff’s sales list. Please weigh in. 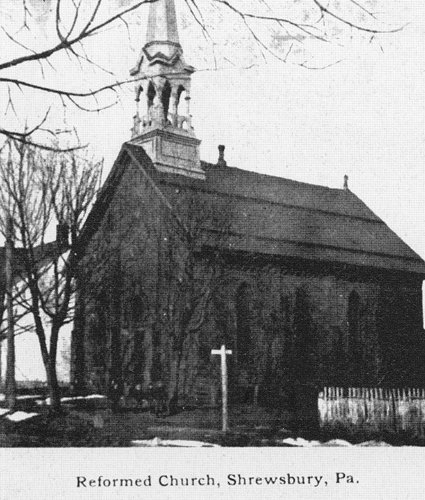