York’s East Side neighborhood: ‘It was a blue collar area, a working class area’

Hudson Park Towers overlook York’s East Side and typify the change in this large city neighborhood. The former home of York Silk Mill, it is now an apartment building, as manufacturing has transitioned to a service economy. Nearby, the building of another textile maker, Danskin, came down in recent years. The manufacturer went out of business, and its large lot is now in search of a use – a bit like the surrounding neighborhood of lunch-pail-carrying residents. The York Daily Record/Sunday News’ Mark Walters explores this former industrial area: East end, hit by manufacturing losses, seeks transformation. By the way, YDR photographer Jason Plotkin was standing atop another red-brick building that formerly was part of the York Silk Manufacturing Co. complex. Also of interest: Did York Silk ever operate a silkmaking factory in West York?

The historic Valencia Ballroom is changing caterers. This gave the York Daily Record/Sunday News an opportunity to explore prom venues, the Valencia being prime prom turf for decades.

One hopes, though, that the quest for finding a new place, however tough, doesn’t automatically take schools outside York County borders. The first impulse should be to remain within the county’s 900-square-miles.

It’s more than just keeping the business local — although that’s huge. The more high schools stick to the local scene, the more York County venue owners will invest in their facilities.

The location of this important event in York County signals students of the need for citizenship within a local community. A harbor cruise in Baltimore might be memorable, but such excursions just give students an indication that they have to go outside the home field to find a good game.

The Valencia is one of York County’s grandest venues. Here’s hoping that a new caterer emerges and prom goers return to experience the good things offered in an urban setting.

Check out: Photos from York County prom venues
+++
In Lebanon County: Canal boat back in service 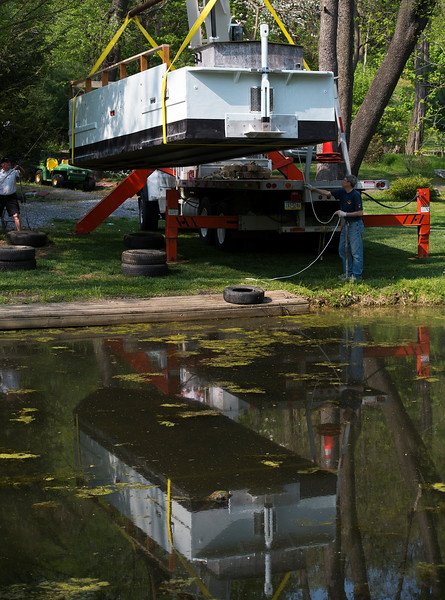 York County played host to a couple of canals – the late 1700s canal that allowed vessels to circumvent falls on the Susquehanna near York Haven and the Codorus Navigation from York to the Susquehanna. Nearby Lebanon County is home to a restored canal section, the Union Canal and Tunnel. Here, volunteers put restored Union Canal Boat No. 3 into play for excursion service on the 5/8s mile waterway.
+++ 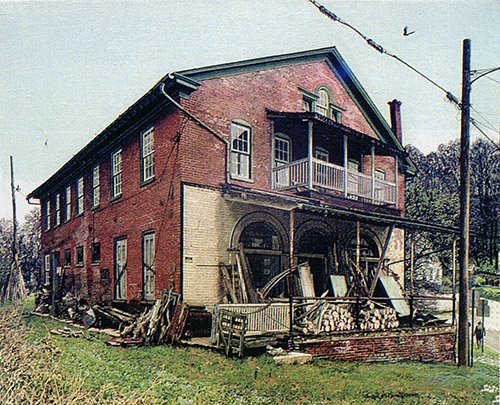 In its day, Railroad received frequent visits from trains and served as the rail station for Shrewsbury. Today, it receives a different type of visitor — rail trail users. Cliff Satterthwaite captures the borough’s most prominent building decades ago. For more from the artist, check out: Satterthwaite.
+++
History Mystery: Feel free to comment, share or like and click on the date if the photo doesn’t appear on your mobile device.

History Mystery: The sign gives away the location of Goodwill Fire Co. But the question today: Where does Jacobus stand…