Red Lion’s Springvale School: Now this is the way a one-room building should look 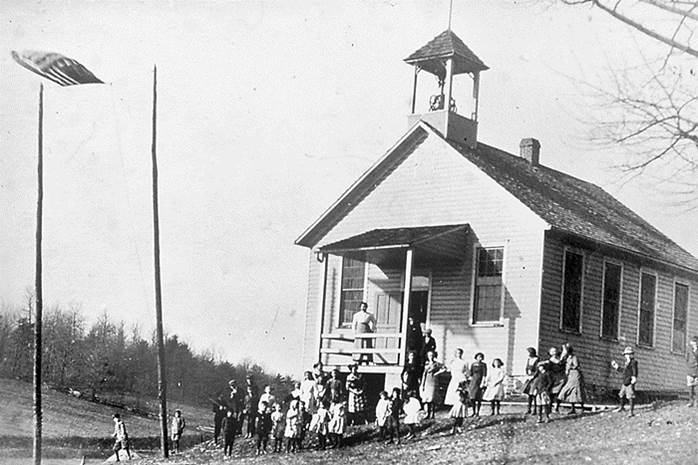 Now this is the way a one-room school should look. Bell tower (not all schools had such towers). Flag flying (between two trees).  Students enjoying the outdoor (or in this case a photo op.). This is the Red Lion area’s Springvale School in 1913, as it appears in the book ‘All in One Room’. (You won’t recognize it, but see the school today below). Also of interest: Check out the approximate location of the Springvale school in this drawing. 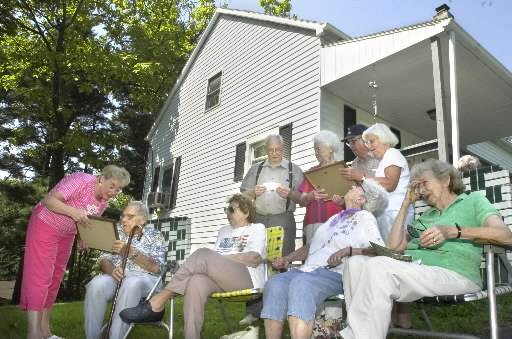 Former students enjoy the lawn of the former Springvale School in this reunion photo from a couple of years ago. York County has lost some of its one-room schools to fire and the elements but many of it 300 schools remain as residences, businesses and museums. Also of interest: See these stories and photos in YorkTownSquare’s one-room school category.

R. Hollinger emailed with a query from a neighbor at Stony Brook Gardens, referencing a York Sunday News column I wrote on AMP’s presence in Glen Rock in 1941.

“He recalls AMP in Harrisburg in the mid to late 30’s and he thinks he remembers they were using part of the Farm Show building during the war?  Bill (the neighbor) is in his 80’s and it would mean a lot to him to know if his recollections are correct?  He believes they were making electrical harnesses for marine equipment at that time.”

Here’s the best response I could come up with:

Jeffrey Rodengen’s ‘The Legend of AMP’ says the company’s first home in Harrisburg was at a vacant auto dealership at 1521-31 N. 4th St. in 1943. The company moved to its familiar campus east of Harrisburg eight years later.
+++

You’ve heard of ghost towns. How about ghost golf courses? But this old course, Hawk Lake in West Manchester Township, is anything but scary.

It welcomes those seeking exercise each day as the land awaits Memorial Hospital’s planned relocation, as Brett Sholtis indicates:

One perk of working @ydrcom is I’m a 2 minute drive to this scenic, 2 mile walking path owned by @WellSpan #health pic.twitter.com/rznPvqNZvx

York County’s people: A program on Lewis Miller and a book signing of the new book ‘Lewis Miller’s People’  is set for 2 p.m. Sunday at the  Program and Book Signing at the Historical Society Museum, 250 East Market Street, York. Editors Lila Fourhman-Shaull and June Burk Lloyd will share stories about some of the personalities featured in the book. Some of those personalities might be relatives of YorkTownSquare readers. For ordering information, check this out.