It couldn’t happen in York County? Women were trampled in Depression-era labor unrest

With fewer jobs and companies pinching, labor unrest erupted around York County during the Great Depression. When a dispute struck a town, everyone was affected including spinoffs to the cigar-making industries, the Consumers Cigar Box Co. (seen here in this York County Heritage Trust photo). Background posts: York County cigars: ‘They contained a vast amount of nicotine’, Windsor: Home of ‘stately old houses that may appear to be miniature castles’ and Red Lion’s Ebert Furniture: From bedroom suites to gunstocks.

The recent Black Friday trampling of a young employee at a New York Wal-Mart store by rushing shoppers makes one wonder how that could ever happen.
Well, it happened it York County in 1934 under different circumstances.
And it wasn’t deadly.
But it hurt, and it was women who were trampled… .

It was a sad moment.
The setting: Depression-era Red Lion and hand-rolled cigar making in backyard sheds was giving way to the installation of machines in company-owned factories.
Striking workers were squared off against sheriff’s deputies.
The workers were trying to stop the shipment of finished cigars from the T.E. Brooks factory on Pine Street near Main.
An excerpt from “Never to be Forgotten” tells the rest:

“Workers contend that deputies fired tear gas into the faces of workers to try to open the road. About 20 people are injured in the riot, including several women who are knocked to the street and trampled. “However, when it came to the physical fighting in Red Lion in 1934,” a Red Lion history states, “The women were in the forefront, taking tear gas and billy clubs in perfect equality.”

That was a strange way for equality to be showcased in York County. 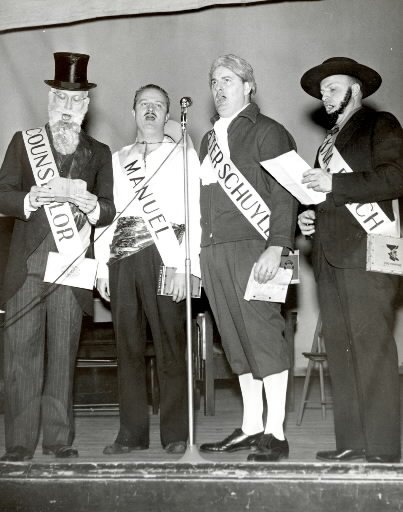 We don’t know the occasion but performers are representing York County cigarmakers here.