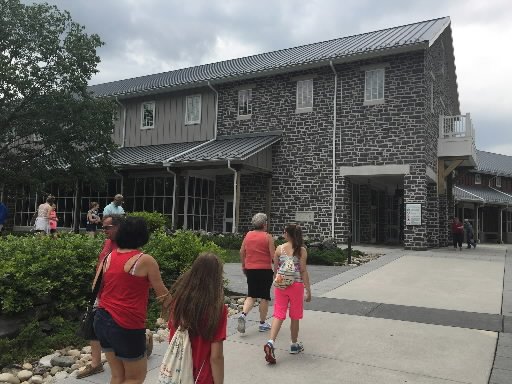 Plans continue to call for the famous Electric Map at the old visitor’s center in Gettysburg to be cut up, shrink wrapped and stored until a use can be found for it.
That was one of several questions the York Daily Record/Sunday News posed to park officials in these days before the opening of the new center.
Here is the Q & A: 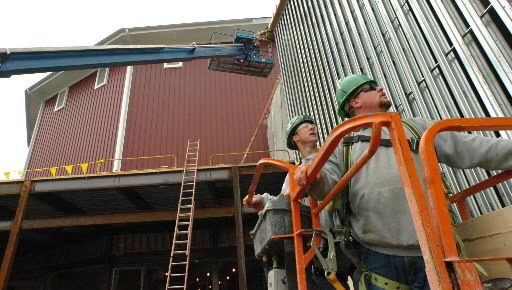 What was the problem with the site of the current visitor center?
It sits directly on the battle line of the Union Army where heavy fighting took place and 900 soldiers were killed, wounded or captured, park spokeswoman Katie Lawhon said.
The new center and museum is still close to the Union battle line and well-known features, such as Mead’s headquarters, but a major battle was not fought there.
When is the last day to visit the current visitor center?
It will be open until April 13, said Dru Anne Neil, spokeswoman for the Gettysburg Foundation, the private, nonprofit organization overseeing and raising funds for the $125 million project.
Visitors will be able to see exhibits in the building, but some display cases will have signs saying that artifacts have been removed. Rangers will be available to answer questions, and licensed battlefield guides can be picked up there.
That Sunday will be the last day that visitors can see the electric map, which uses lights to explain troop movements during the battle.
What will happen to the electric map?
The 30-foot square map will be cut into four pieces in order to take it out of the building. It will be wrapped and placed in storage “until we find some future use for it,” Lawhon said.
Films for each of the three days of fighting as well as exhibits and a 22-minute feature film, “A New Birth of Freedom,” help to do the job of the electric map.
Some people do not want to see the electric map disappear. Jon DeKeles of Post Falls, Idaho, has started the Web site savetheelectricmap.com.
Who designed the center, and who built it?
The architect was LSC Design Inc. of York, Neil said.
Kinsley Construction managed the more than two dozen contractors on the job, she said. The company did the work at-cost; it did not make a profit.
Why did the cost of the project escalate from $40 million to $103 million?
Some of the work, such as the conservation of the Cyclorama painting, cost more than anticipated, Neil said. The original estimate for the painting was $1 million, but it increased to $15 million. That price tag includes the conservation and hanging of the painting, the three-dimensional diorama and the light show for it.
They also made additional investment in the museum exhibit galleries and to make the building environmentally sustainable, according to a news release.
The foundation has raised more than $100 million of the ultimately $125 million needed so far, Neil said. Beyond the building, the money will go toward the rehabilitation of Ziegler’s Grove, where the current visitor center is, other preservation projects and an endowment.
Will the new center be visible from the battlefield?
For the most part, it can’t be seen from the battlefield, Lawhon said.
It’s located in a low spot in the terrain, so it’s only visible from the tower on Culp’s Hill and in winter from Hancock Avenue.
Can visitors look up ancestors who served in the Civil War?
Yes. There is a research room where visitors can consult a U.S. Soldiers and Sailors database for the Civil War.
“You can look up that ancestor you’ve always heard about and try to figure out, were they in the Civil War, what regiment,” Lawhon said. “Then you can check with the database — is there a monument to that regiment or any big fight?”
What will be on display in the Special Exhibits Gallery?
It will be soldiers’ letters from the Gilder Lehrman Institute of American History collection in New York. The soldiers wrote home to their families about a variety of topics, such as war, politics and their own boredom, Lawhon said.
It will be up for about a year.
What will happen to the old visitor center and Cyclorama?
The buildings will be torn down, and the site will be restored to its 1863 appearance, which included two orchards and open fields, Lawhon said.
Seven monuments or markers, such as the 88 Pennsylvania Regiment Marker, will be moved back to their original positions, Lawhon said.
That work is expected to start next year.

For a wealth of additional posts on the Civil War, see this blog’s Civil War category.

Also:
To see all past York Town Square posts with short descriptions, visit these archives.