Presidential candidate Jimmy Carter didn’t stop in York in 1976, but York visited him 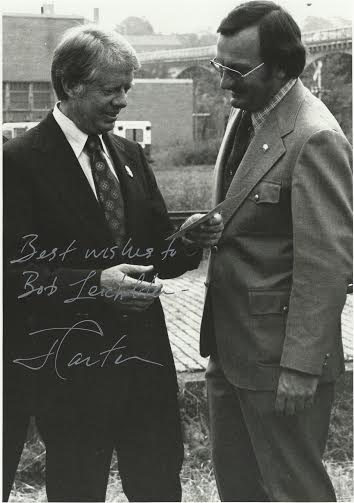 Robert G. Leichliter, then-York City School Board president in York City and candidate for a state representative seat, met Jimmy Carter in Harrisburg in September 1976. Less than two months later, Carter gained the presidency in a win against Gerald Ford. Here, he’s handing presidential candidate Carter a political brochure. Also of interest: Jimmy Carter in York County: ‘He knelt down and prayed‘ and Check out this list of presidential visits to York County.

Mike Leichliter is from York and now serves as Penn Manor school superintendent in Lancaster County.

He led York City School Board in the mid-1970s. It was then that he met Jimmy Carter.

In an interesting account of a political moment almost 40 years ago, Mike Leichliter wrote about his father’s meeting with the future president: 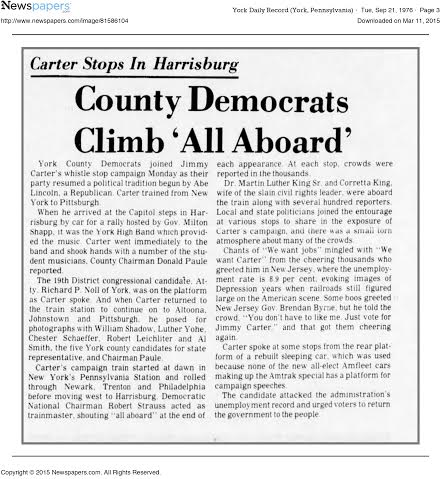 “I noticed that in an older post (on York Town Square) you note that Jimmy Carter did not visit York in the 1976 campaign. While that is true, my dad, Robert G. Leichliter, was the current school board president in York City and the Democratic candidate for the 95th House seat in York running unsuccessfully against incumbent Stanford “Bud” Lehr.

“I talked to my dad who now lives in Florida and he said he was invited to meet Jimmy Carter in Harrisburg along with other candidates from York County. Jimmy Carter was on a ‘whistle stop’ tour through several states and stopped at the train station. You can see the Mulberry Street Bridge in the background of the photograph. Dad said he was able to get the York High Band to be invited to perform for Carter. My dad also told me he first met Carter at a dinner in York in 1974 shortly before he officially announced his candidacy for President.” 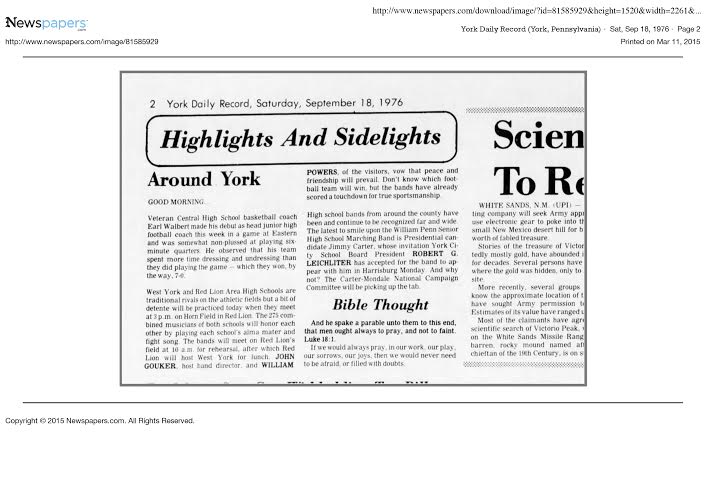 Mike Leichliter provided the images with this post of the day that his father and others from York met Jimmy Carter in Harrisburg in the Georgian’s quest for the presidency.

Check out other stories and photos about politics and York County.