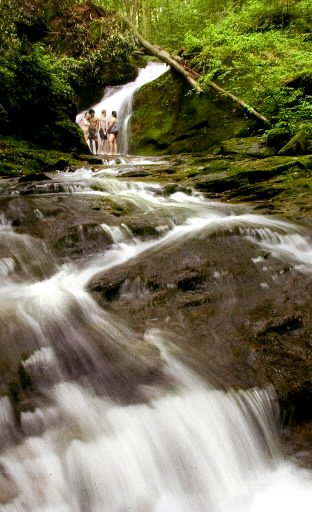 This scene could come from the Smoky Mountains. But York Daily Record photographer Bil Bowden captured this near old Lock 12 on the Susquehanna and Tidewater Canal. Lock 12 Recreation Park lies north of the Norman Wood Bridge, spanning the Susquehanna River. Background post: Photographer tramps to far reaches of York County.

Earlier this week, Bil Bowden treated readers of this blog to a view of the old York County Courthouse, framed by the new baseball stadium.
Today, he shows a far different view of York County. Those who don’t get out to see the three corners of York County (yes, it’s triangular in shape, loosely speaking) are missing scenes such as these… .

The nearby locks are worth seeing, too. The Susquehanna and Tidewater Canal followed the west bank of the Susquehanna from Wrightsville to Havre de Grace where the river flows into the Chesapeake Bay.
OK, I can’t resist the history lesson.
Q. Where were York County’s other two canals?
A. York Haven and Codorus Navigation.