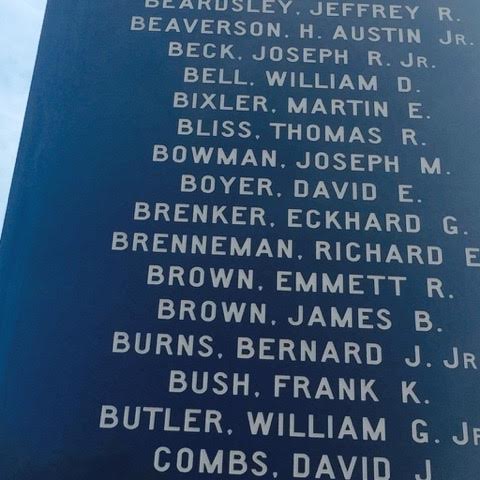 All roads, indeed, lead to York. Well-known York countians Charlie  and Mary Anne Bacas were on a getaway in Rehoboth, Del., enjoying the Prime Hook National Wildlife Refuge. They stopped at the visitors center and struck up a conversation with Kit Jaracy, a retiree and consummate  volunteer, from nearby Georgetown. Here’s the rest of the story, as told by Charlie: ‘Once it came up that we were from York he, a Vietnam vet, brought up this guy Eckhard Brenker, who he said was from York and who he was deployed with and they had become good friends. He said they were later given new assignments and separated and at some point he learned Brenker was killed. I told him about the Vietnam Memorial, noting that it is close to where we live and that Brenker would surely be part of it. He asked me if I would send him a picture.’ Charlie wrote that this was the least he could do for old buddies ‘separated in that war that so deeply marked our generation.’ Charlie sent this photo and the one below. Also of interest: York County’s Vietnam Memorial getting ready for its 5th anniversary. 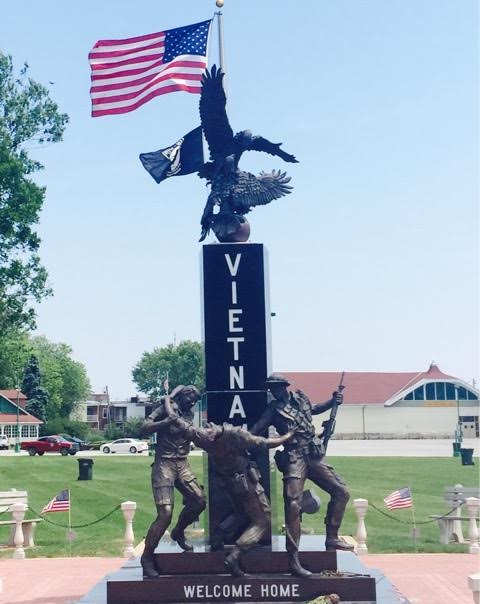 Charlie Bacas’  story seems fitting for Flag Day. And it demonstrates in concrete – or bronze – form the value of such memorials observing those who sacrificed for their country.  They ensure that those who died in uniform will be long remembered. And it shows that York connections are everywhere. Maybe these connections will lead to memories from those who remember Eckhard Brenker. Please comment below. Also of interest: Check out Gordon Freireich’s column: It’s a grand old flag.

Emmanuel United Church of Christ, 124 Broadway, Hanover,  is observing its 250th anniversary and plans a Civil War walking tour, among other activities on June 27.

That tour is set for  9:15, 10:15, and 11:15 a.m. that day on Frederick Street at the first Pennsylvania  historical marker. Details: Office@eucchanover.org. 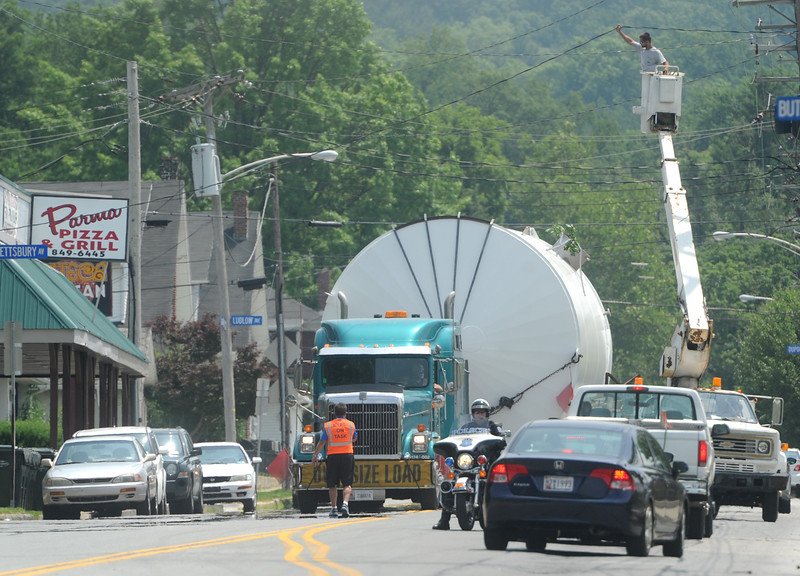 The tank was heavy even when empty and caused traffic issues the other day as it made its way through York County to its destination – Spring Grove’s Glatfelter. What’s a little inconvenience? It shows one of York County’s heavy industries – Glatfelter papermaking – continues to invest more than 150 years after its founding.   Also of interest: Glatfelter scores 150th: Why its doors are red and other stories about the papermaker.

History Mystery and more: This  scene from long-gone  camp along the Conewago Creek near Strinestown shows how vital the waterway has been for recreation for decades. Water runoff after an Adams County fertilizer plant fire has caused a fish kill estimated at 10,000 and the close of the creek for recreational purposes.  (Please click on date if the photo does not appear in your mobile device).

History Mystery: School is out – and it’s now camp season. Well, it was a time to get away. as well, in this photo of a…