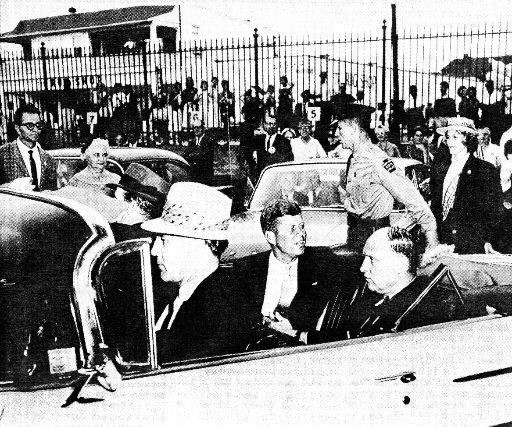 When Ted Kennedy arrives in York, Pa., today, he will not be the first of that clan to make a campaign stop in York, Pa.
Ted Kennedy will be here stumping for Barack Obama, but his older brother John F. stopped at the York Fair campaigning for himself in 1960.

Here’s “Never to be Forgotten’s” account of that visit: …

“A crowd of 4,500 people welcomes presidential hopeful John F. Kennedy at the York Fair. ‘We have no second chance,’ he said in appraising the strength of the Soviet Union. ‘We stand as the last thin line.’
“Kennedy watches a harness race with former state Gov. George M. Leader. Later, Marcia Wagner brings a donkey to Kennedy to enjoy. During a midway tour, Kennedy stops at a stand for an orange drink and purchases a brick at the Salvation Army tent for $1. The proceeds of the brick sale are helping to fund a new citadel in York.
“Kennedy, viewed locally as a federal interventionist, loses the county to Republican Richard M. Nixon by a 55,109 to 38,710 vote. Nationally, he earns a narrow margin in the popular vote but carried a decisive 303-219 margin in electoral votes.”

Robert Kennedy also spoke in York, delivering a speech on racketeering to the Foremen’s Club in 1959.
See picture of JFK and York native Gen. Jacob L. Devers at U.S. Army Field Band: Live at Farquhar Park.
For scores of other posts on presidential visits, see this blog’s presidential stops category.