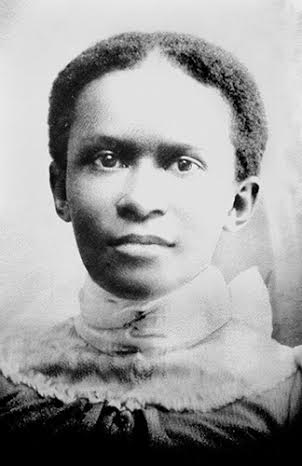 Ella J. Robinson was one of the pioneering teachers at Smallwood School, an elementary school for black children in York. Check out the history of Smallwood School, both buildings. Background posts: Autobiographies contain valuable golden nuggets, Black history on display throughout York County and Black playwright earning place in history.

Who was Aunt Jo, of York’s Aunt Jo Lane fame?

And who was the Wrightville native to become secretary of the New York YMCA?
That is some of the information imparted in the our black history quiz, part II… .

The quiz was dusted off after it first appeared in my black history of York County, “Almost Forgotten.” And it most recently appeared in York Daily Record/Sunday News black history profiles, an annual publication distributed to York County schools as part of Newspaper In Education program.
If any reader wants a free copy of our 24-page black history profiles, printed in tabloid format, please e-mail me (jem@ydr.com) with your mail address.
OK, here’s the quiz:
1. William Russell Chapman was appointed to serve the rest of an
unexpired term to elective office. What was his position and when did
he serve?
A: City School Board, 1954-1956
B: City School Board, 1967-1971
C: York County Commissioner, 1970-1974
D: York County Prothonotary, 1976-1980
2. The Supreme Court ordered the desegregation of all public schools
in its Brown vs. Board of Education decision. While the high school
in York had long been integrated, the elementary schools generally
were not. Black students typically attended Smallwood and Aquilla
Howard elementary schools. Upon request, some black students could
attend other elementary schools as space was available. What decade
did the Supreme Court decision spurring integration come down?
A: 1920s B: 1930s
C: 1940s D: 1950s
3. This 19th-century artist painted the everyday people of York, both
black and white?
A: Horace Bonham
B: William Wagner
C: Squire Braxton
D: Washington Dorsey
4. Which of the following is a historically black cemetery?
A: Prospect Hill Cemetery
B: Lebanon Cemetery
C: Mount Rose Cemetery
D: Moravian Cemetery
5. When is it believed that the last person to be a slave in York
County died?
A: 1841 B: 1790
C: 1860 D: 1900
6. Who was both the first black hired for a county office and elected
to a county office?
A: Mattie Chapman
B: Aquilla Howard
C: Emily Goodridge
D: Helen L. Thackston
7. Who was Aunt Jo and why was a city street, Aunt Jo Lane, named
for her in 1980?
A: She operated a bakery
on the spot and often
gave children special
discounts on doughnuts.
B: She took in homeless
children and they
called her Aunt Jo.
C: A Girl Scout leader for
years, she was loved
by the children in her
neighborhood.
D: She gave free music
lessons to gifted children.
8. What Wrightsville native became secretary of the New York YMCA?
A. John Wright
B. Susanna Wright
C. James Barton
D. James L. Jamison Jr.
Answers
1. B: Mr. Chapman was a York mortician respected for his interest in
helping the community. He was appointed to the city school board in
1967 and elected in 1969. Because of his ill health, some meetings
were held at his funeral home. Mr. Chapman died in 1971.
2. D: In the Brown vs. Board of Education decision in 1954, the two
black elementary schools began to be phased out, and integration of
public elementary schools was accelerated.
3. A: Horace Bonham was known to portray blacks in his paintings,
which was unusual for the time period. These paintings help to
provide a picture about the life of 19th-century blacks in York.
4. B: Even burial grounds were segregated by race. The Lebanon
Cemetery in North York was established as a black cemetery and
continues to be used that way today.
5. A: The last slave died in 1841. His name isn’t known, but a family
named Forney in Hanover owned him.
6. A: Mrs. Chapman began her career in government as a clerk in the
prothonotary office in York County Courthouse in 1956. In 1975, she
ran and won the office of prothonotary. She ran again in 1979 and won
the post by a landslide. Her term was cut short by her death in 1982.
7. C: Joanna Harris was active in the formation of Girl Scout troops
in downtown York and was known as “Aunt Jo.” A street in her
neighborhood was named in her honor after her death.
8. D. James L. Jamison, Jr., son of a long-time Wrightsville
physician, graduated as valedictorian of his class from Wrightsville
High School in 1902. He graduated magna cum laude from Lincoln
University in 1906, took graduate courses from Rutgers College in
1912-1914 and served as a school principal in Carlisle, Pa.;
Frostburg, Md.; Sumerville, N.J.; and Princeton, N.J. Jamison was in
great demand as a public speaker. “There is no question that Mr.
Jamison has attained more credit than any graduate of his race from
our school or Lincoln University,” a 1916 Wrightsville High School
alumni book states. “Keep up the good work; we wish you success.”
For scores of additional posts on black history in York County, see this blog’s black history category. 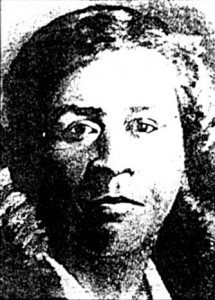