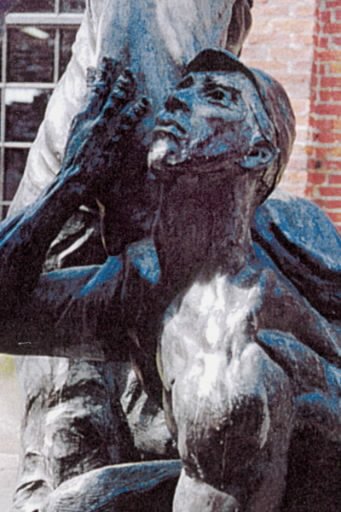 Dick Boyd’s autobiography, like other such works, is useful in supplying stories and behind-the-scenes glimpses not found elsewhere.
“The Bridge tells the story of the “Workers of York” statue at York’s Agricultural and Industrial Museum.
As he relates it:
The York County Heritage Trust museum did not tell the story of worker contributions to York’s industrial might.
He asked why not, and no one knew or seemed to care… .

He taked to other labor leaders and suggested labor do it.
He set to work to make it happen, collecting time and material donations, individual contributions and state money.
All this worked. The statue, located at the museum, was dedicated as part of York County’s 250th anniversary in 1999.
Some facts about the statue:
Material: Bronze, donated from the owner of a metal salvage yard, mounted on a 7-foot block of black granite.
Name: Contest for name netted 348 entries, with “Workers of York” winning. It was submitted by West York’s Travis Ferree.
Sculptress: Lorann Jacobs of Dallastown. Since then, her statues have dotted York’s streetscapes.
First big public display: River Walk, now York Fest, Aug. 27-29.
Contributors: 104 donors from business and labor.
Author’s comment: “It was designed in Pennsylvania, built in Pennsylvania, the bronze was produced in Pennsylvania, it was hauled and erected by a Pennsylvania company.”
And its granite base was mined in Pennsylvania.