No light at the end of this (abandoned) Pennsylvania Turnpike tunnel 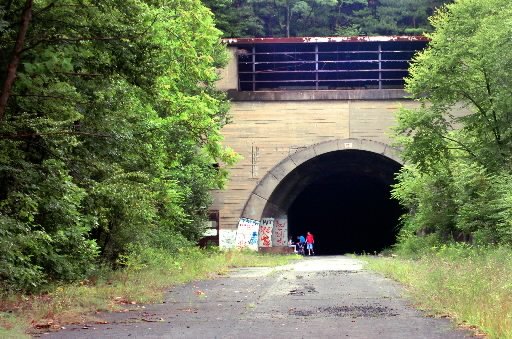 Murray Schrotenboer gives private tours of the Fulton County tunnels on an abandoned stretch of the Pennsylvania Turnpike and their inner workings.  (See additional photos below.) Also of interest: The Susquehanna Trail: ‘Greatest highway in Eastern America’ and Once popular Ganoga Bridge now lightly used York County landmark and Old Baltimore tunnel an intriguing reminder of the ‘Ma’ in Ma & Pa Railroad.

One of those tunnels – Sideling Hill – is so long – a mile – that a flashlight is required to bike through it because, when you start in, there’s isn’t any light at the end of that tunnel.

This all brings us to a little-known fact among many York countians. The Pennsylvania Turnpike runs through the tip of York County… .

In 1948, a groundbreaking ceremony was held observing the start of what was called the Philadelphia Extension, according to “Never to be Forgotten.”

That 100-mile extension started at Middlesex, near Carlisle, and ran through York County’s northern tip to King of Prussia.
It opened in 1950 and included a 4,526-foot-long bridge spanning the Susquehanna River from the York County side to Steelton on the eastern shore. 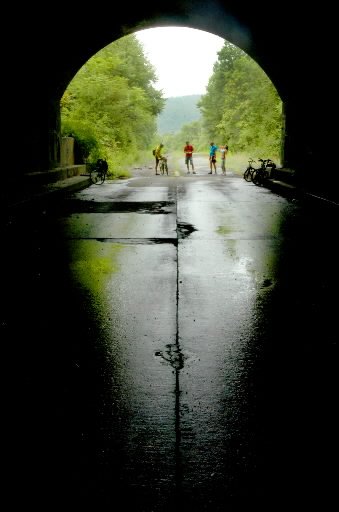 It’s impossible to see through the Sideling Hill tunnel. In other words, there’s no light at the end of the tunnel. 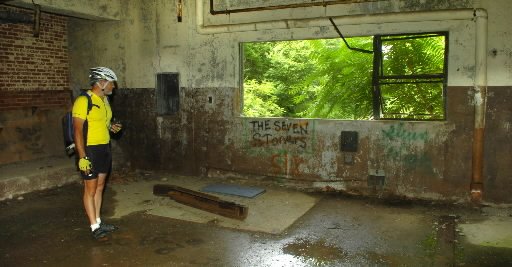 Murray Schrotenboer gives a tour inside the control room on the turnpike’s Sideling Hill Tunnel.