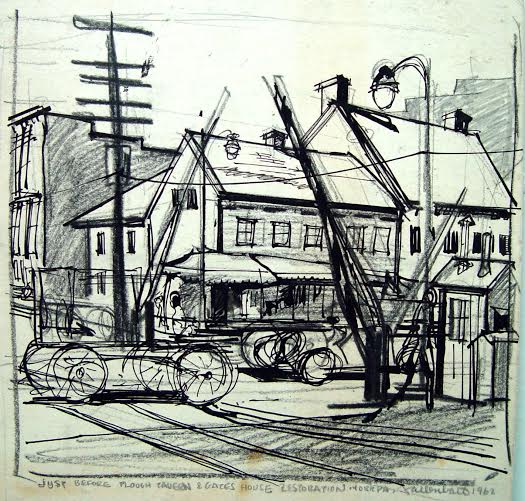 The headline is not a mistake. It plays on the 50th anniversary of the Golden Plough Tavern’s renovation, completed in 1964. A two-day observance is planned for May 16-17 at the Colonial Complex. Former York County artist Cliff Satterthwaite is helping in the observance, providing drawings of the old tavern’s renovation. Cliff commented on this drawing: ‘Might be trite, but here’s one of “Plough” just before 2 bldgs were converted over.’ Also of interest: Of bars, beds, bugs and backpacks in Ye Olde York, Pa.

At a time that so many York buildings were being pulled down, the Golden Plough Tavern was built up.

The 1960s weren’t kind to the Dempwolf-designed York City Market, York Collegiate, Children’s Home of York and so many other historically and architecturally significant structures.

But the community got behind restoring the Golden Plough, which is believed to date back to the founding of York as a village in 1741. (In 2016, that will be 275 years.)

And the York County Heritage Trust is remembering that moment when this structure, built before York County was founded in 1749, with a celebration on May 16-17. Joe Kindig, credited with recognizing the architectural significance behind the succession of renovations in the structures over centuries, will speak at a ticketed event on Saturday. Most activities that day are free. For a schedule, check out: Heritage Trust.

We’re observe the moment with an aggregation of Cliff Satterthwaite drawings from an earlier post, Golden Plough, Part I, plus others that the Fredericksburg, Va., artist has emailed since. 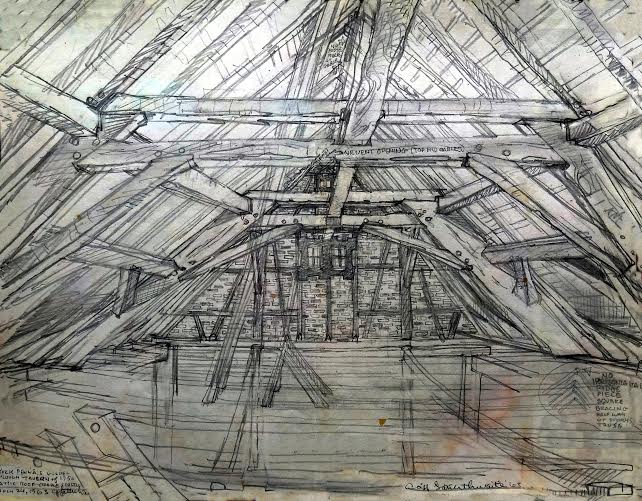 Cliff Satterthwaite noted the ‘cradle attic structure’ of the Plough. 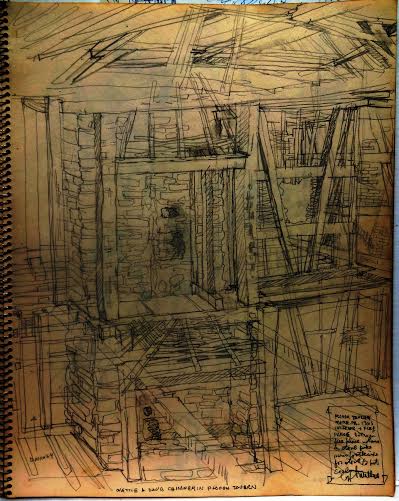 The drawings, above and below, show ‘wattle and daub’ construction. The artist noted that these drawings came midway through resotrations. 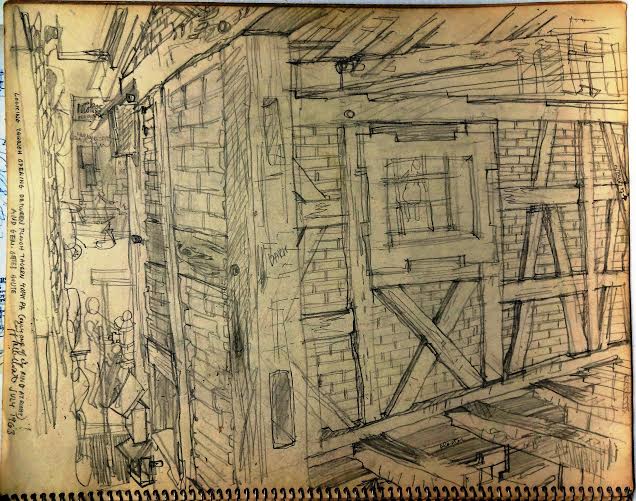 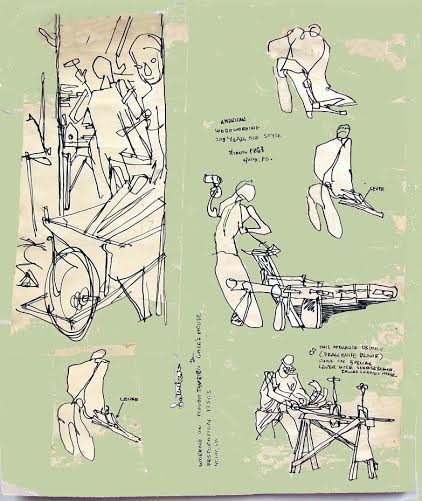 In sending the drawing above and the two below, Cliff was concerned that he was ‘suffocating you with stuff.’ Not at all, Cliff. 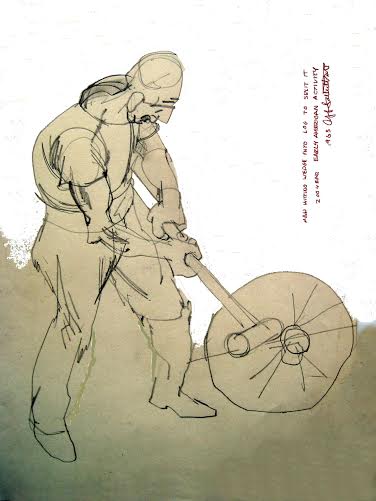 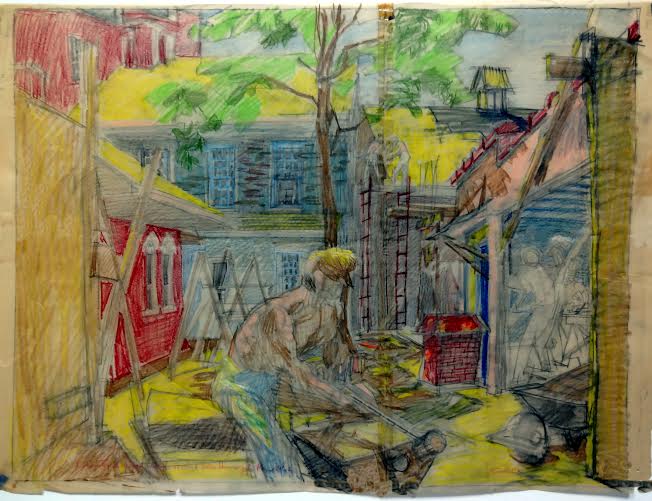 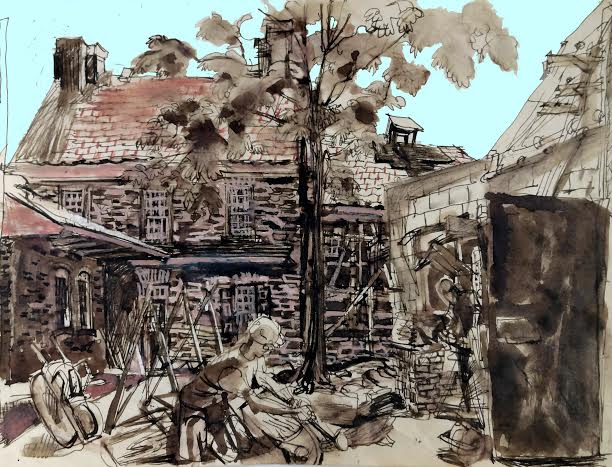 This was the last drawing Cliff sent. He knew he ‘had another “working” picture.

Check out these York Town Square posts with drawings by Cliff Satterthwaite.